The United States has switched to de facto ways towards Turkey. Secretary of State Mike Pompeo has announced sanctions against the Ankara government agency that deals with the purchase of weapons (SBB) regarding the Russian missile system S-400 acquisition. “Despite our warnings, Turkey has moved forward with the purchase from Russia and the testing of the S-400 system.” The head of US diplomacy said on Twitter, adding that sanctions against Turkey’s defense industry show that the United States will fully implement US federal laws. “We will not tolerate any significant transactions with the Russian defense sector,” assured Pompeo.

Ankara’s reaction was immediate, calling the sanctions unjust: “We call on the US to review the unjust sanctions decision and reaffirm that we are ready to deal with the issue with dialogue and diplomacy, by the spirit of alliance.” Ankara Foreign Ministry stated. Even Moscow, through the head of diplomacy Sergey Lavrov, intervened against the measures considered illegitimate, pointing the finger at the demonstration of US arrogance towards international law. “And of course, it does not improve the international position of the United States,” Moscow underlined.Also, Iran criticized the US sanctions against Turkey.

The purchase of the Russian defense missile system by Ankara has been indexed by several Western countries, highlighting its incompatibility with NATO systems. Last year, in response to the delivery of the S-400 first battery, Washington suspended Turkey’s participation in the production program of the state-of-the-art F-35 fighter. The S-400s could unlock technological secrets, according to Washington.

So far, President Donald Trump avoided imposing sanctions against Ankara, also in the face of serious international violations by President Recep Tayyip Erdogan, not even when he exported jihadists to every corner of the Middle East. Zero sanctions when he outraged the arms embargo on Libya. Zero sanctions when violating international agreements by drilling in areas owned by other countries. Not even when he threatened the ships of allied nations.

The U.S. remained silent when Erdogan helped Azerbaijan destroy churches in Armenia, or when he massacred Kurdish minorities. No signal has come from the White House for the thousands of journalists, activists, and political opponents, imprisoned, tortured, and starved to death by the magistracy loyal to the new sultan. Go-go sanctions when Turkey does not buy stars and stripes weapons. A move that seriously damages the lack of credibility left in the United States. 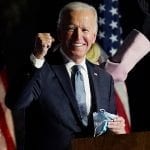 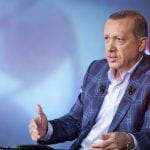 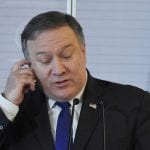