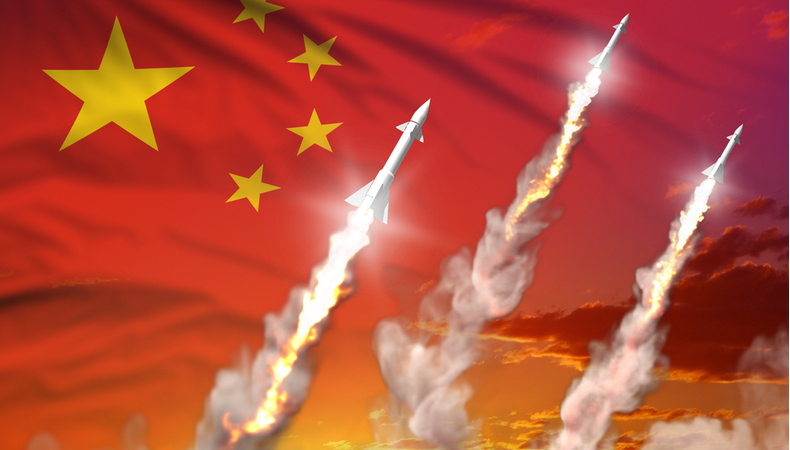 Despite the world moving towards environmental concerns and global warming, there are nations busy massing up nuclear warheads. Satellite imagery collected by US agencies states that China is busy constructing missile silos in its desert areas. This would be its second one to be built in the western deserts.

According to the Federation of American Scientists, a report has been generated that states that this is a sure sign that China is arming up its nuclear weaponry. This also questions Beijing’s minimum arsenal strategy and an eyewash in front of its actual intentions.

Official reports by FAS claim the new missile base in China’s Xinjiang region may eventually include 110 silos report released this week. Earlier in the first week of July, the James Martin Center for Nonproliferation Studies using satellite imagery supplied by commercial satellite company Planet Labs Inc. had documented discovery of an existing missile field comprising 120 silos.
Indeed, the discovery also stated how the missile site was covering a grid of hundreds of square kilometers in China’s Gansu province.

When approached for a formal statement, Beijing has kept mum over it. General consensus is that China has plans of expanding its nuclear arsenal at a pace must faster than expected from anyone in the Western world. For decades, China has operated about 20 silos for its liquid-fueled intercontinental ballistic missiles (ICBMs) called the DF-5; now, it appears to be building 10 times more, possibly for housing its newest ICBM, the DF-41, according to the FAS report.

The new silos have been built strategically, the report further said. The new silos would be far enough away from China’s coastlines that they could not be struck by conventional cruise missiles fired from US or other warships in the Pacific.
The silos in both fields are located approximately 3 kilometers (1.9 miles) apart in a grid pattern, meaning missiles could be moved quickly between silos. That shell game also presents a targeting problem for any adversary, analysts say.

China currently, is building a capacity which far exceeds than Russia and US put together. This is going completely contrary to the minimum deterrence pledge it had taken in the 1960s. Apparently, according to the Stockholm International Peace Research Institute estimates China to have about 350 nuclear warheads, a fraction of the 5,550 possessed by the United States and the 6,255 by Russia.