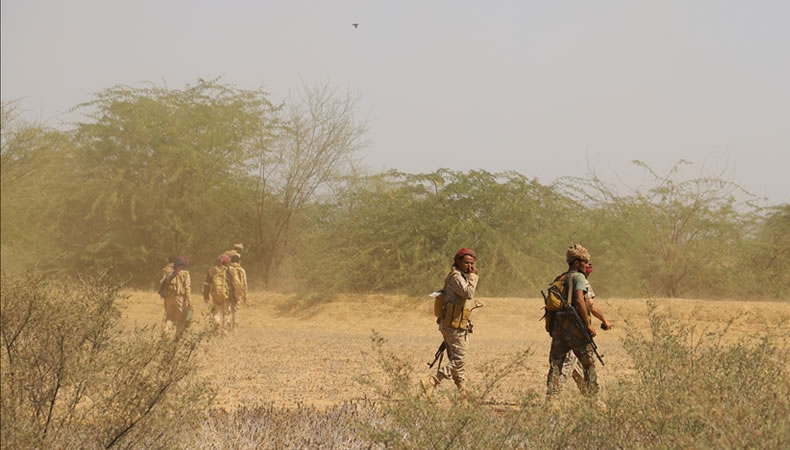 Yemen’s cease-fire is expected to be prolonged, but the chances of a lasting solution remain slim

Yemen– The international community, in especially the United Nations, is attempting to keep the cease-fire between the Yemeni government and the Iran-backed Houthis from collapsing nearly six weeks after it began, but prospects for a permanent peace accord remain slim.

As the two sides continue to mobilize their troops and prepare for the next phase of combat, reports show a rise in the number of violations of the accord. The truce, which began in early April for a two-month period, is expected to be extended, according to most analysts. However, they have low expectations that the cease-fire will last and that discussions on a comprehensive political settlement will resume.

The lack of confidence between the internationally recognized administration and the Tehran-backed militias has raised concerns. The Houthis are perceived as attempting to secure additional political and economic benefits without agreeing to any of the UN-sponsored peace initiative’s provisions.

According to analysts, the Houthis have been able to take advantage of the UN truce to relocate soldiers, particularly in the Marib governorate. They have also reaped financial and commercial benefits by enabling ships carrying oil goods to pass through the ports of Hodeidah, as well as securing authority to operate Sana’a airport towards two Arab locations using Houthi-issued travel passports. Meanwhile, all attempts to end the Houthi blockade on Taiz or complete the prisoner swap have failed.

Analysts anticipate the shaky cease-fire will be prolonged in light of UN and US envoys’ pressure on Yemen, while the Saudi-led Arab coalition aims to help the internationally recognized government by lowering tensions in the Yemeni crisis. Analysts, on the other hand, do not foresee a huge breakthrough. They anticipate the ceasefire agreement turning into something comparable to the Sweden agreement on Hodeidah, which was tarnished by Houthi ceasefire breaches.

Yemeni political analyst Yasser Al-Yafei believes the cease-fire would be maintained, maybe for months, but without leading to a complete peace accord this year. According to Yafei, recent UN and international efforts have centered on cementing and prolonging the cease-fire rather than establishing a comprehensive peace agreement.

“The fact is that the odds of a meaningful political settlement remain quite low,” he continued. The threat of conflict remains large on the horizon, as the Houthis continue to deploy reinforcements to the front lines and establish summer camps to recruit new warriors. They’re also using the cease-fire to move their heavy equipment from one front to another.”

“Either a political resolution in which the Houthi militias are likely not to comply with the prerequisites of peace, or a military solution, which demands a genuine and honest leadership prepared to fight,” says Mansour Saleh, deputy head of the Southern Transitional Council’s communications department.

On Wednesday, the UN envoy to Yemen, Hans Grundberg, reaffirmed his demand to Yemeni belligerents to go forward with the fulfillment of all aspects of the cease-fire to alleviate human suffering during his visit to the temporary capital, Aden. He stated that he will continue to lend his assistance in order to take advantage of the truce’s momentum toward a political settlement.

Grundberg’s visit occurred at a time when the Houthis were ramping up their political rhetoric against international efforts, accusing the UN envoy of bias in an attempt to get further concessions from the mediators.

According to Yemeni political researcher Mahmoud al-Taher, “the Houthis’ failure to adhere to the UN truce during the past month, in terms of lifting the siege on Taiz Governorate, handing over salaries to employees, and stopping their war against the Yemeni people,” international efforts in Yemen may suffer. He accused the Houthis of “attempting to gain foothold in Marib, Taiz, Saada, and Hajjah despite the Arab coalition’s and Yemeni troops’ truce.”