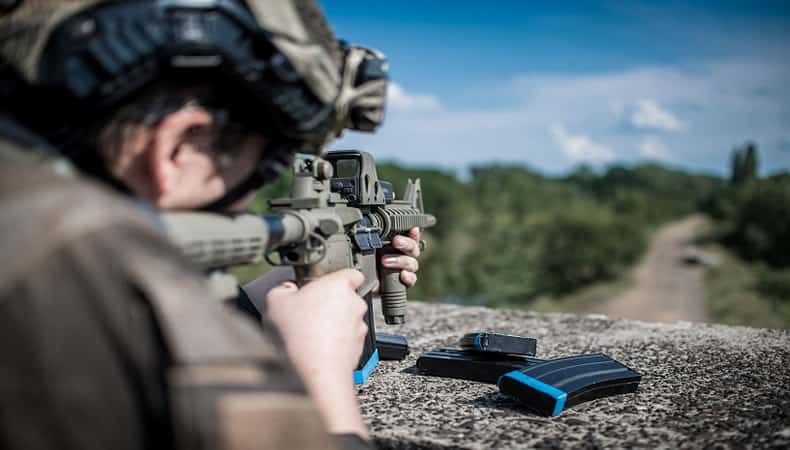 The increasing terror attacks by Al Shabaab in Somalia, the latest being a bomb blast in southern Somalia on Monday, which killed three Somali military officers and injured two others along with an American officer, is a witness to expanding terror of the insurgent group. The radical group, which has a history of causing havoc in the Horn of Africa, had been losing territories earlier under its control due to major military crackdown led by the combined forces of Somalia and US.

But as Al Shabaab was losing its grip over land, its attacks intensified in terms frequency and killings. The recent explosion occurred just days after Somali forces regained control over an area from the Somali terrorist group, with the help of American forces. The insurgent group’s trails of attacks since last year showed that its key motive has been to overthrow Somalia’s UN-recognised, Western-backed government.

Interestingly despite intensification of clash between Al Shabaab, which is an extended branch of Al Qaeda’s terrorist web and Somali forces, President Mohamed Abdullahi Farmajo took a lenient approach towards the group. In January, the Somali government under Farmajo announced an amnesty program for al-Shabaab fighters who have defected. According to Farmajo, its main aim is to “pardon the Somali youth who were misled by al-Shabaab” after they renounce their affiliation to the terror group. Some accounts of defection were even publicised, including that of Zubair al-Muhajir.

All this appeared to be more like an extensive PR program, which seemed to be launched to help Farmajo gain two-year extension. The deescalation move failed badly as Al Shabaab attacks have only increased ever since January. As the New York Times mentioned, “In June, the Shabab attacked a Turkish military base in Mogadishu, and in January, the group killed three Americans after they targeted a Kenyan military base used as an outstation by American troops. In late December, the group was blamed for detonating an explosives-laden truck that killed 82 people, including 16 university students.”

Strangely, the Somali President has stay silent even after rampant spike in Al Shabaab terror attacks. Could he be promoting them for his own good?Wadajir Party Leader Abdirahman Abdishakur Warsame accused Farmajo of seeking term extension. Warsame alleged that Farmajo’s recent decisions on Jubbaland, invitation to the regional states for a national security meeting in Mogadishu and his travel to Djibouti for talks with Somaliland leader, Muse Bihi Abdi, were all linked to it.

“When you look at the way he is trying to manage the Somalia-Somaliland talks, the decision he issued on Jubbaland and the timeless invitation that he extended to the regional states, it seems President Farmajo has not given up on his plan for a two-year extension plan,” Warsame said in a post on his official Facebook page.

“Farmajo hopes to reach an agreement with Somali land in Djibouti, which will stipulate that the negotiations between the two sides be concluded within a period of two years. He would then claim that he (Farmajo) should conclude the agreement since he is the one who has engaged into the negotiations [with Somaliland], and therefore his presence [beyond the end of his term] will be essential for the interests of Somali unity,” Warsame added.

Besides, in a sensational disclosure in May, Abdullahi Mohamed Ali (a.k.a. Sanbalolshe), the former director of Somalia’s spy agency NISA said that Qatar funnels money into Al-Shabaab by arranging the ransom payments after the terror group kidnaps Western hostages. The revelation came with the recent release of Italian aid worker Silvia Romana from the grip of terror group, Al-Shabaab. The entire game flipped as Qatar, who played a major role in release of Romana was accused of conniving the entire plan in the first place.

In pursuit of a major cover-up, Turkey-Qatar alliance committed to help Somalia with economic assistance in order to alleviate poverty and boost its economic growth. The money did reach Somalia but never made it to Somalis poor, as it was channelled to Farmaajoand Fahad Yasin.

Qatar has been indirectly helping Farmaajo with extension of his tenure in exchange of political favours to the Gulf country, Doha is one of the major funding parties backing Al Shabaab’s activities in the continent. Yasin had been accused of conducting mediation between Doha and Al-Shabaab, the militant group.

Hezbollah called the US sanctions on two of its allies ‘unjust’