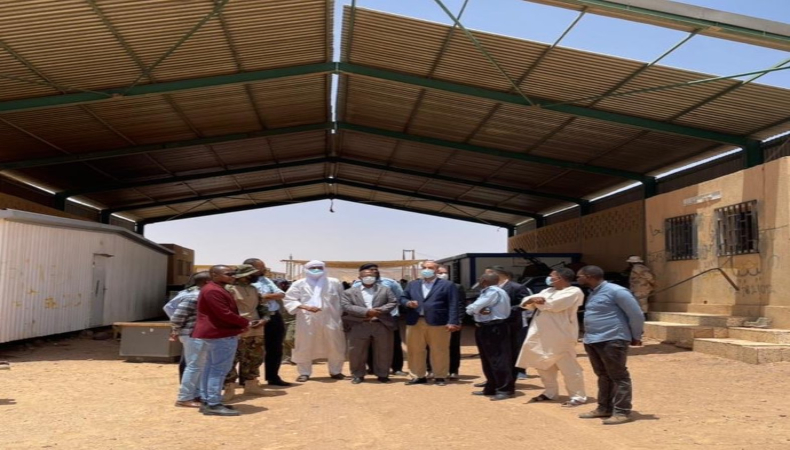 Algeria to reopen its border with Libya soon

Libyan media reported quoting Algerian authorities that the border between Algeria and Libya will be reopened starting in early June. The border between the two States is 64 km long and separates eastern Algeria, the province of Illizi and Tamanrasset, from western Libya, the district of Ghat, Gadames, and Wadi al-Shatii, in North Africa. The Algeri Government also announced yesterday that, from June 1st, commercial flights will once again be authorized at the airports of Algiers, Constantine, and Oran, the north African nation’s three main cities. While precise details on the reopening of the border with Libya have still to be made public, local authorities referred that “strict control” will be imposed on all arrivals on Algerian territories to prevent the further spread of Covid-19.

Daily commercial flights and passenger shipping connections were suspended by the Algerian authorities more than one year ago, on 17 March 2020. But the Libyan-Algerian Ghadames-Debdeb border crossing has been closed by the Algerian side since April 2019, with the beginning of the Khalifa Haftar’s Libyan National Army military operations against terrorist groups and armed militias.  This left the several million Algerians and Libyans, specially Tuareg living between the two countries, completely cut off from family and friends.

The Algiers government did organize the return of some nationals from abroad, but even those exceptional flights were suspended on 1 March this year, in the face of fears of the so-called British variant of the coronavirus. The Algerian authorities on Sunday decided that it is now safe to begin the process of gradually reopening the borders. According to Agence France Press, initially, there will be five flights per day to and from Algiers, Constantine, and Oran. All passengers will be obliged to respect strict health preventive measures. The details of travelers obligations are to be published within a week. The Health Minister, Abderrahmane Benbouzid, has already stated that everyone wishing to enter Algeria, whether nationals or foreign visitors, will be obliged to present a negative Covid test less than 36 hours old and receive a second test on arrival.

“Those who test negative will be allowed to enter,” said the minister, clarifying that those who test positive will be isolated for ten days. The cost of the test on arrival, and eventual accommodation charges in the event of isolation, will be sustained by the visitor. Special additional requirements are to be imposed on those arriving from countries where coronavirus variants are particularly active, the minister added, without providing further details. Speaking on Algerian public radio on Sunday, in the wake of the government decision, Doctor Mohamed Bekkat Berkani, a member of the national scientific council, said it was reasonable to begin a gradual reopening, provided that the virus is still infecting people.Algeria is currently reporting less than 200 cases of Covid-19 per day, for a population of 44 million. From the beginning of the pandemic, there have been 3,375 virus-related deaths and 125,000 cases in total.

France and Italy signed a treaty on September 12, 1919, which defined a border between Algeria and Libya. During the North African campaign of World War II, Italy was defeated and its African colonies were occupied by the allied powers, with Libya divided into British and French influence zones. Libya later gained full independence on December 2, 1951. France, which had long been dissatisfied with the border’s aspects, signed a treaty with Libya in 1956 that altered part of the border between Ghadames and Ghat, thus allowing for a more effective administration. After the war, Algeria gained independence in 1962 and the border became between two fully sovereign states.