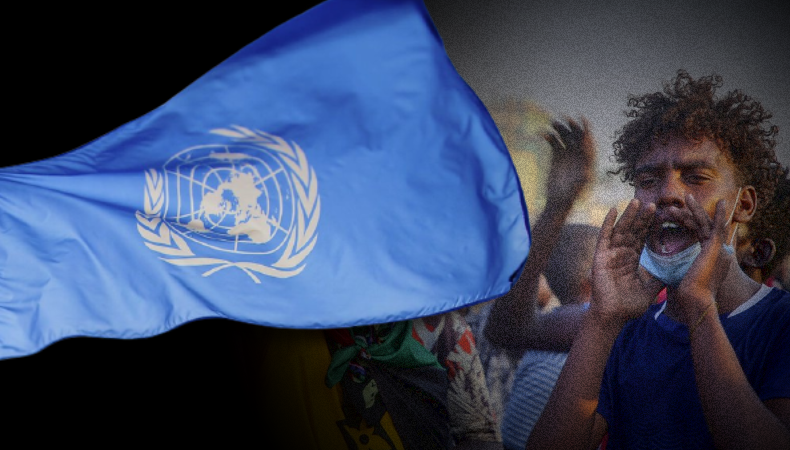 Sudan– A military takeover in Sudan on October 25, has been severely condemned by the UN Security Council. This has come also with the suspension of some transnational institutions and government along with detention of the Prime Minister Abdalla Hamdok leading to a state of emergency.

While militaries authorities have let off the PM and have kept him in house arrest, the rest continue to be held captive. The Security council is now pushing for their release and are calling for ‘all parties to exercise the utmost restrain and refrain from use of violence of any kind.’

Hamdok was initially detained at the home of General Abdel Fattah Al-Burhan. The strongly but subtly worded message by the UN Security Council is now the fourth in row of messages. It is again an attempt to create a unified position on the situation in Sudan, after the Russian representative objected to calling the takeover a coup and insisted that protesters as well as the military are guilty of violence.

Dmitry Polyanskiy is the first Deputy Permanent Representative of Russia to the UN since February 2018 with his focus on Sudan and Syria. In a statement over the military takeover in Sudan, he has said, “It’s difficult to say (whether or not) it is a coup because a coup has a specific definition. There are many (similar) situations around the world but they are not being called a coup. It’s not our task to label such a situation as a coup. It is up to the Sudanese to decide whether or not it is a coup.”

He has also criticized US decision to withdraw financial aid to Sudan. This would have in fact helped the country’s political transition to civilian rule, and said that the vilike wildfire across the world and engulfing the most populous countries in Middle East and North Africa region as the numbers have shot up in recent weeks, and the poor and rich nations seem to be affected similarly.

Egypt has over 100 health care workers succumbed to the coronavirus infection. Iraq too is facing skyrocketing numbers of infection cases and frustration as the health sector is flailing under the infection spread.

Saudi Arabia, that enjoys the status of Arab world’s richest countries, too is not far behind as countries in the region have competing coronavirus cases, though the country has population almost half the size.

Many countries in the region have been successful in handling the infection spread and are controlling the numbers more effectively than others. The conflict countries like Syria, Yemen and Libya however are still grappling with the situation, with limited resources and testing capabilities.

Read More: Coronavirus new record of infections in the world. From the USA to India, the most affected countries

The deepened and still out of control coronavirus situation in many countries in region can be attributed to the delayed government action, floundering healthcare structure, economic instability, lack of information relaying, information suppression and premature reopening.

WHO’s regional emergency director Dr. Rick Brennan said, “Most countries in the Middle East with the exception of Iran, did well in the beginning. In May, countries across the region scaled back their lockdown measures.”

“Due to economic or social pressures, the easing of restrictions coincided with Ramadan causing an increase in mobility. The worry now lies with the reopening of international travel more than local transmission”, he further said.

Pandemic has exposed and widened the gaps in Iraq’s healthcare sector, decimated by years of war, sanctions and politics.

Saudi Arabia has a contrasting picture as far as country’s history is concerned – a country regarded richest in the region. The country has seen continuous spikes since June, though since beginning there were extensive preventive and precautionary measures to counter virus installed and followed.

Situation is more or less similar in countries in the region, presenting a picture with demographically and economically contrasting countries but a similar coronavirus story.

Father and son without limbs, the photo of life in Syria despite all