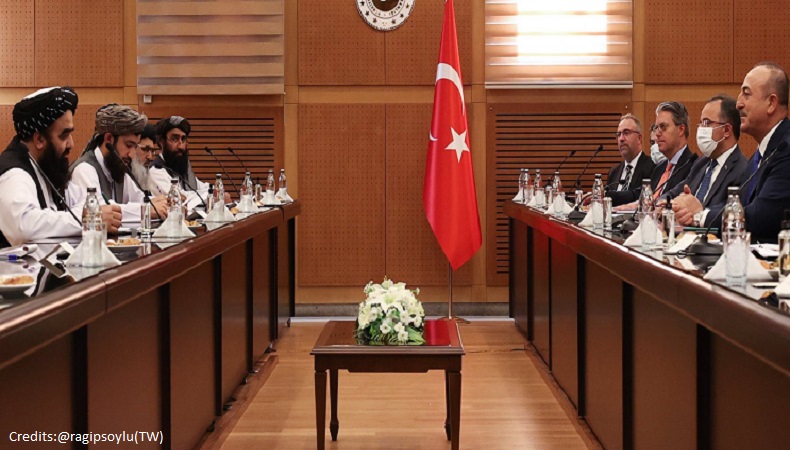 Turkey–In the recent news it was announced that confidential talks would be held between officials of Afghanistan’s interim government and senior Turkish officers.

Amir Khan Muttaq, who is the Afghanistan’s acting Foreign Minister, is reported to be leading a delegation with Turkey to resolves pending matters of the two countries. An official stated that these delegators will hold talks with senior Turkish officials on issues of mutual interest.

This will be first time when both the countries will be talking after the Taliban take over of Afghanistan post August 15. It is of the key interest to improve bilateral relations, trade, humanitarian aid, migration and air transport issues since it directly impacts the economy and business of these two countries.

Earlier in the month of August, Taliban asked Turkey for technical help to run Kabul airport after the departure of foreign forces but insist that Ankara’s military also withdraw fully by the end-August deadline.

Although, officials from Taliban demanded that they would agree to run the airport if all Turkish troops will be allowed to leave the nation if there is any danger around them. Ensuring the safety of workers without the Turkish Armed Forces is a risky job. Talks with the Taliban on the issue were ongoing and, in the meantime, preparations for a troop withdrawal had been completed too.

Taliban spokesperson Zabihullah Mujahid asserted that they seek good ties with Ankara. He added that they want good relations with Turkey, the Turkish government and the Muslim people of the Turkish nation. As for Turkish forces stationed in Afghanistan, we are not in need of them in our country and once the evacuation is completed we will secure the airport by ourselves.

Lebanon from bad to worse. The blackout is just the last image of an endless crisis

Why Is Turkey Discussing Syrian Invasion Plans With Putin?