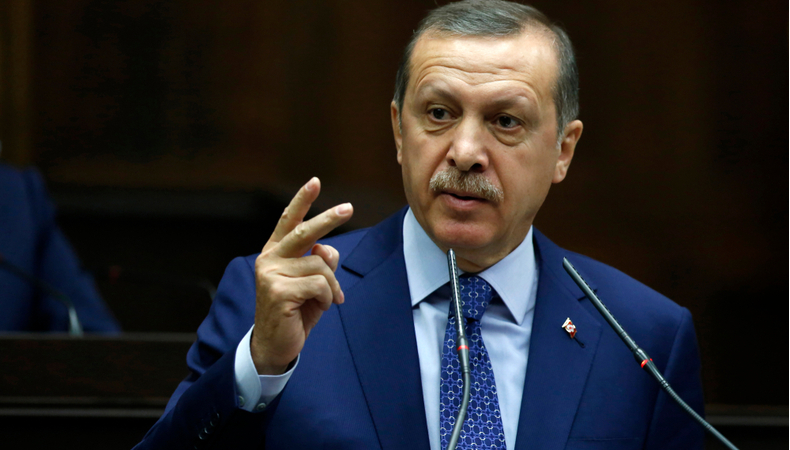 Erdogan intends to replace the Americans in Afghanistan

Turkey will keep its military contingent in Afghanistan, but only if the United States pays. The request comes from the president, Recep Tayyip Erdogan, stressing that if Washington is interested in securing the “Hamid Karzai” international airport in Kabul, it must satisfy particular “conditions,” with financial, logistical, and Ankara’s request follows a long-planned strategy.

Turkey participated in the military intervention in Afghanistan only as long as its troops did not fight. The idea was to propose from the first moment for a super party role. Strengthened also by the common Islamic faith, the Turks tried to profile themselves differently from the Westerners, even if the response of the Taliban was of little enthusiasm. Ankara had even proposed a passage of the peace process in Istanbul, but the “Koranic students” preferred to go ahead with their usual conduct, consisting of military attacks and slowed-down talks in the “friendly” headquarters in Doha.

Nevertheless, the good relations between Qatar and Turkey had prompted the Ankara government to bet on an ambitious project, which, however, has not yet taken off. And right at the Kabul airport, where Erdogan’s forces have been busy managing logistical and military operations for six years, a severe break seems to have occurred. The Taliban warned Ankara, insisting on the principle that all foreign troops must leave the Village.

Erdogan retorted that the Turkish commitment to guarantee the airport’s opening would be maintained and secured with US support. But, for Ankara, it is also a precious opportunity to reconstruct at least part of the relationship with its overseas ally, seriously questioned by a series of disagreements linked above all to Erdogan’s “openings” to Moscow in terms of arms and other Alone.

A first step towards easing tensions was in the meeting with Joe Biden on the side-lines of a NATO meeting in June. In recent days, Erdogan hinted at a general agreement on the issue of Kabul airport, also because the danger that the airport would end up in the hands of the Taliban seems unacceptable, given that it would be a difficult turning point, worse than a defeat with severe territorial loss.

Erdogan has always supported the need to talk to the Taliban, stressing that the latter is probably more comfortable dealing with Turkish than American counterparts. But, for now, the Koranic students’ response is always the same: the “invading” soldiers, Muslim or not, will always be treated as enemies.

Taliban’s attitude is linked to the phase on the ground, which sees them in a strong offensive. The vantage point could inspire a refusal to hire new “godfathers,” at least until control of the whole of Afghanistan is in their hands. Even their traditional protector, Pakistan, struggles to regain greater control over the fundamentalist group, which is now riotous even towards Islamabad. But for the countries of the area, the prospect of an aggressive Taliban regime is unwelcome. And this means that even for the “Koranic students,” the choice to accept alliances with Muslim nations will be obligatory.