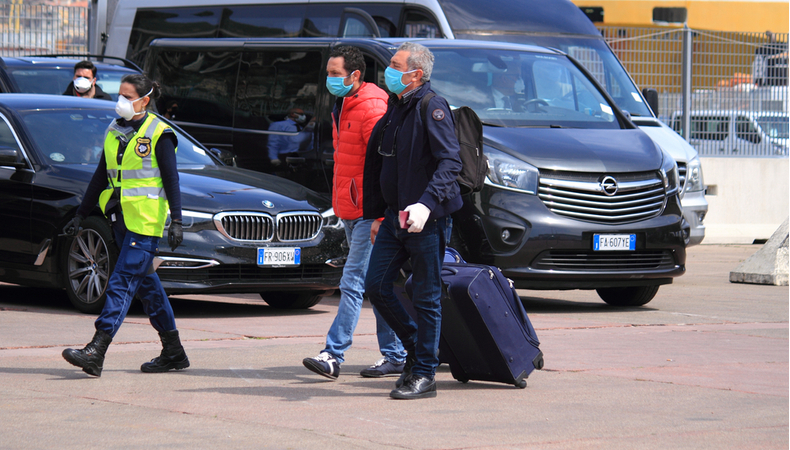 In recent days, between Mechichi and Mehdi, there has been an exchange of accusations about the Tunisian health system’s difficulties due to the covid-19 wave causing the collapse of the hospital system and the prolonged vaccination campaign. As a result, the minister of social affairs will act as interim minister of health. The Ministry of Health, in early July, complained that the Tunisian health system has “collapsed” under the weight of the pandemic, which has caused more than 17,000 deaths in a population of about 12 million inhabitants.

“I worked in the Ministry of Health with the spirit of the minister, the morality of the doctor and the honor of the soldier, and I did not let myself be carried away by politics and its vicissitudes”: the now-former Tunisian Minister of Health said. Faouzi Mehdi, reacting to the announcement of his dismissal. “Like you, I heard the news through the media after a friend notified me by phone,” Fouazi said. “My three decades of military service have taught me that every mission has a beginning and an end. Therefore, I do not lay down my arms, and I do not leave my position without entrusting its custody to who will occupy it after me”, reads Mehdi’s statement.

Meanwhile, the anger at the lightness with which the covid-19 emergency in Tunisia was dealt with prompted the I Watch organization to demand the resignation of Prime Minister Mechichi, accusing him of having failed in his mission. “We were speechless to learn that the prime minister, along with other members of the government, spent last weekend in a hotel in the seaside resort of Hammamet while Tunisia was sinking into the darkest moment of the health crisis.” Specified Aya Riahi, legal advisor of I Watch, an organization committed to transparency in public and economic life, linked to Transparency International.

Riahi talks about the event renamed by the press “Hasdrubal Gate,” the name of the Hotel and Spa in which, according to some deputies who raised the issue, a government delegation had planned “a relaxing evening.” And therefore, canceled the participation in a plenary session on July 17, dedicated to the health situation, officially due to “the unavailability of the ministers for medical reasons or urgent formalities.”

People see that as an unacceptable attitude when the nation is fragile, where oxygen is lacking, and registering a peak of 205 deaths and 4,000 cases per day. But, according to the latest updated data, the mount has dropped to 139 deaths and 2,308 new positive cases in 24 hours.

According to I Watch adviser, the government has not been up to the task, preferring to put political interests first. And the dismissal of Health Minister Faouzi Mehdi has also sparked controversy. Mechichi was very tough in defining the open vaccination day wanted by the Ministry of Health as “populist and criminal.” The premier stated that the minister decided the open day without prior consultation with the Ministry of the Interior – of which Mechichi himself ensures the interim – and with the governors. But internal sources instead revealed that it was not true; the organization saw the official document in which the Department of Health informed those in charge and asked for the presence of the authorities to organize the operations.

The vaccination day was scheduled to coincide with the Islamic religious celebration of the Feast of the Sacrifice, or Eid Al-Adha, and was marked by numerous problems. “The Ministry did not disclose the number of vaccine doses available, and people showed up en masse, standing in line for hours, without adequate barrier measures. As a result, we fear a spike in cases in the coming days,” she added. Yesterday, Tunisian President Kais Saied – for months at odds with Prime Minister Mechichi on several significant issues of national interest – ordered the army to take over the management of the response plan to the coronavirus pandemic.

The Tunisian situation has made the international community react, which has been responding en masse to appeals by sending medical supplies for days. A pool of 60,000 liters of oxygen purchased from private suppliers and a ship loaded with personal protective equipment, donated by the Italian Cooperation, also arrived from Italy. Neighboring Libya also donated 44,000 liters of medical oxygen, while France yesterday sent the first shipment of Johnson vaccines.

Erdogan intends to replace the Americans in Afghanistan