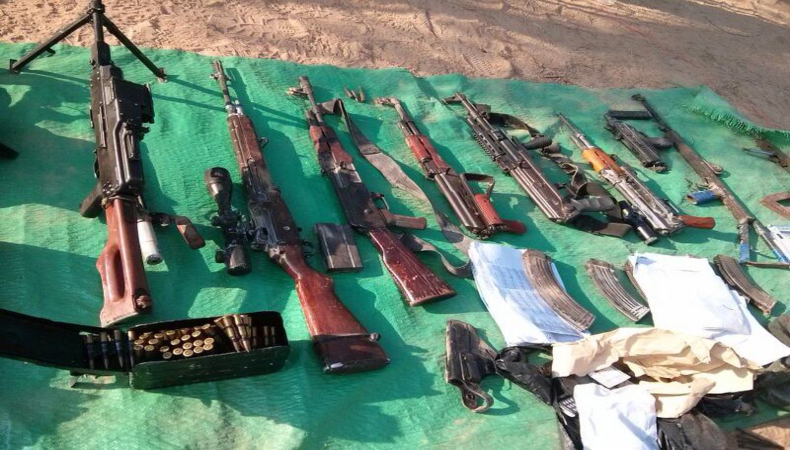 Gaza, a real quagmire: Hamas weapons from Iran through Hezbollah and the US sanctions Iranian Revolutionary Guards

The escalation between Israel and Hamas, which also joined the Palestinian Islamic Jihad (PIJ), turned into a real war in a few hours, with hundreds of rockets fired from Gaza, Israeli air raids on Islamist infrastructures, and victims from both sides. Iran, which considers Israel its archenemy, supports anti-Israel resistance groups, including Hamas in Gaza and Hizballah in southern Lebanon.

Hamas deals with organizations classified as terrorists, such as Hezbollah and the Iranian Revolutionary Guard. During the offensive, the Islamist group, which controls the Gaza Strip, used weapons produced and supplied by Iran. Experts believe that the Hamas and Islamic Jihad offensive is also a test requested by Iran and Hezbollah to assess the defensive capabilities of the Jewish state.

The words of the commander of the Revolutionary Guards, Hossein Salami, who last week pointed out that Israel was particularly vulnerable to a vast attack for being a small country, sound like a grim warning. Moreover, the Iranian regime had already blamed Israel for the killing of the well-known nuclear scientist Mohsen Fakhrizadeh last November and had promised reprisals.

Hamas’ collaboration with the jihadist galaxy became evident when Al-Qaeda deployed Jaish Al-Malahem Cyber Army, one of the most significant media houses, launched a simple but impactful propaganda product. A banner depicting a victorious jihadist militiaman with the Al-Aqsa mosque in the background, surrounded by defeated Israeli forces and above which the Salafi Shahada towers. At the top of the banner, you can read the mocking phrase in Arabic “Despite their noses, you resist.”

The commander of the Quds Force of the Islamic Revolutionary Guards Corps (IGRC), General Esmail Qaani, assured Hamas of his full support on May 15. If Iranian Revolutionary Guards are subjected to US sanctions, Washington has never sanctioned Hamas. In this regard, it should be remembered that Al-Qassam Brigades is the military wing of Hamas, which instead is classified as a terrorist.

Several media highlighted also the chief of Hamas’ politburo Ismail Haniyeh provided support to the Islamic group from Doha. Haniyeh has attended a rally in support of the Palestinians in their fight against the State of Israel. The Russian “Reuters” reported that, in a festival that was attended by some 10,000 people of different nationalities, Haniyeh vowed to liberate “the entire Palestine” from the Israeli presence and promised to fight until Israel “lifted its hands” from Jerusalem and the Al Aqsa mosque, the third most holy site for Muslims.

The relationship between Haniyeh, currently a refugee in Qatar, and the Iranian Revolutionary Guards is well known, which raises many questions as to why he is not being sanctioned for the use of weapons transferred from Iran to the Islamist Hamas, which today proposes itself as the only one representative of the Palestinians.

The role of Egypt in the ceasefire between Israel and Hamas

Ryanair flights lands in Vilnius after forced landing in Belarus