Egypt is working on establishing better ties with the internationally recognized Libyan Government of National Accord (GNA) in a bid to end the conflict between warring groups in the country. With improved ties with Libya, Turkey also aims to counter the Turkish influence in the areas under its control.

A high-level security delegation from Egypt, headed by Undersecretary of Egypt’s Intelligence Service Ayman Badie, recently visited the Libyan capital of Tripoli and met with GNA officials. During the meeting, the officials discussed prospects of a ceasefire with the Libyan National Army (LNA) as Cairo expressed its willingness to become a mediator between the warring parties to reach an agreement.As per reports, the officials also discussed various factors to be kept in mind while splitting power between the rival sides in Libya.

The Turkish government has been providing support and assistance to Libya since the formation of the UN-sponsored government in 2015. Cairo has been extending continuous healthcare, education, military support, and humanitarian assistance to Libya in the process in which its agreements with the GNA.Earlier this week, Egypt’s Foreign Minister Sameh Shoukry and his Libyan counterpart Mohamed Al-Taher Siala held a telephonic conversation to discuss the Libyan issue and ways of enhancing mutual cooperation.He added that the Egyptian role in the Libyan crisis also enjoys international support, given the credibility of its efforts to create a suitable atmosphere to restore stability in the war-torn Arab country.

Libya has been grappling with a civil way since 2011 in the aftermath of the ouster and killing of former leader Muammar Gaddafi. After tensions escalated in 2014, Libya was divided between two rival governments – the UN-backed Government of National Accord in Tripoli and Tobruk-based government allied with Libyan National Army (LNA) commander Khalifa Haftar.This development has come months after Egyptian President Abdel-Fattah al-Sisi affirmed a Cairo-led initiative aimed at bringing an end to the internal conflict in Libya.

Amid increasing tensions between the conflicting sides, France has also called for a ceasefire in Libya. Stressing the implementation of August’s ceasefire, Paris urged the warring parties in Libya to work on a political settlement in the conflict and hold elections in December 2021, as per schedule. Both sides had agreed to hold national elections in December 2021 after various rounds of peace talks in a number of countries including, Egypt, Morocco and Switzerland. In August 2020, both sides announced a ceasefire, bringing an end to the possibility of GNA aggression against a military airbase in the port city of Sirte.

However, tensions redeveloped in Libyan conflict recently after the Turkish parliament on December 22 agreed on extending military deployment in the crisis-hit country for several months.At the same time, the United States has also called for a permanent ceasefire in the Libyan conflict, extending support to the ongoing political dialogue. The United Nations Support Mission in Libya (UNSMIL) has also urged to convene a Libyan Dialogue Forum to discuss the ways to establish peace in the war-torn country. 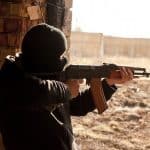