Armenian Prime Minister Nikol Pashinyan fired his foreign minister Zohrab Mnatsakanyan on Monday, as thousands of people took part in a new demonstration against the peace agreement signed with Azerbaijan. The ceasefire agreement in Nagorno-Karabakh, reached through Russian mediation, sparked controversy and angry reactions in Armenia following the announcement by Prime Minister Pashinyan last week. The deal has put an end to the battles that since the beginning of September caused thousands of deaths and tens of thousands of displaced people.

Armenia agreed to cede parts of the region to Azerbaijan, as well as other territories controlled by Armenian separatists since the war of the 1990s that followed the collapse of the Soviet Union. Its announcement sparked outrage in Armenia, whose capital, Yerevan, has seen thousands of demonstrations calling for Pashinyan resignation. Protesters called the head of the government a traitor, storming and looting several government buildings. Pashinyan did not resign, but in an attempt to appease the protesters, he announced on Monday that he had decided to sack Foreign Minister Zohrab Mnatsakanyan.

Yesterday several thousand opposition supporters gathered for a new demonstration, in Yerevan, under the slogan “Out, Pashinyan and Nikole the traitors.” Opposition politician Eduard Sharmazanov said that Pashinyan stay for even one more hour threatens Armenia’s security. During the demonstration, the opposition leader reiterated that “the only thing we can discuss with the Prime Minister is his resignation.” So far, Pashinyan, whose wife and son went to the front during the fighting, has managed to contain the political storm despite the pressures he faces internally and internationally.

On Monday, he announced to Parliament that the Armenian army’s support for separatists in Karabakh continues. He also stressed that the peace agreement was the only option available for Armenia and ensured the continuity of Nagorno-Karabakh. Although the disputed breakaway region has lost land in the interest of Azerbaijan, the deployment of some 2,000 troops as part of a peacekeeping force for an initial five-year period would provide a guarantee of its continuity.

Pashinyan previously called for calm, sending a letter to his supporters on Monday. “Today, I made it clear that violence or incitement to violence, especially armed violence, cannot in any way be a means of action for the government,” he said in a comment on Facebook. And he expressed hope that the opposition will do the same.

On Saturday, the authorities announced they had foiled a plot to assassinate the prime minister and arrested the opposition leader and former head of the security services in Armenia, Artur Vyalitsyna. On Sunday evening, Vyalitsyna, leader of the center-right opposition Patria, was released after a court in Yerevan ruled that there was no legal basis to hold him.

Last week, authorities arrested 12 opposition leaders for inciting the masses to riot, but the courts released them. Nagorno-Karabakh, a predominantly Armenian region of Azerbaijan, separated from Baku during a war in the early 1990s that resulted in the deaths of around 30,000 people. Decades of stalemate, failed negotiations, and sporadic clashes followed, before the outbreak of the heaviest fighting interrupted by the ceasefire of 27 September 1994. Several peace attempts facilitated by Moscow, Paris, and Washington, who co-chair the Minsk Group, tasked with finding a solution to the conflict, have always failed.

Iran, Turkey at loggerheads over Erdogan’s poem in Azerbaijan 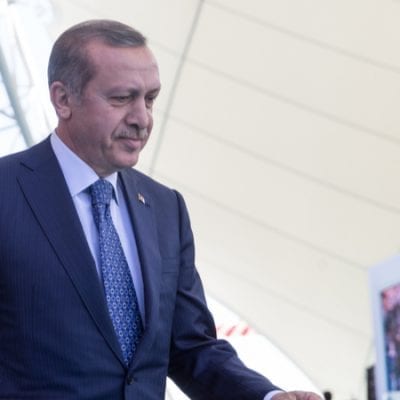 The real reasons for Erdogan’s next visit to Azerbaijan

Turkey, Iran and Russia Benefits from Azerbaijan and Armenia War