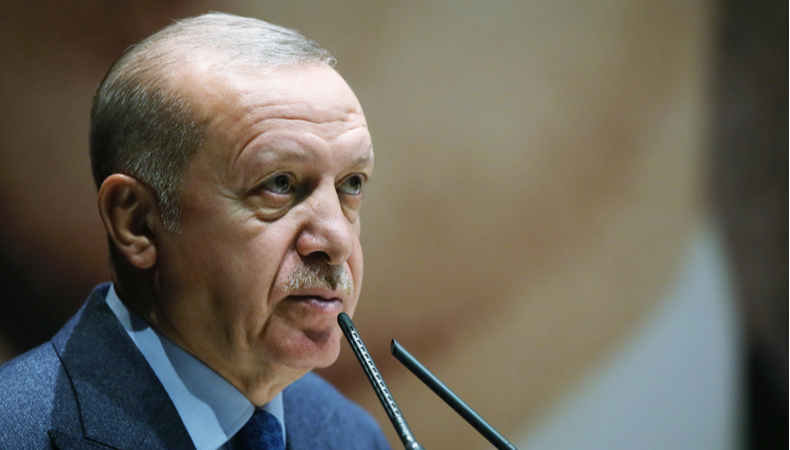 Iran, Turkey at loggerheads over Erdogan’s poem in Azerbaijan

Iran and Turkey have a long history of conflict. Despite the fact that the two countries have been cooperating on many issues, new conflicts are emerging as a result of the fighting in the northeastern Kharabakh region and the abduction of former Iranian opposition leader Habib Chaab. Tensions between the two sides has escalated after Iran arrested Turkish citizens and accused of having links with the Baron group in Iran and the kidnapping of the former Iranian opposition leader, which Iran’s intelligence abducted in Istanbul.

Ankara has condemned a series of “aggressive” remarks made by Iranian officials, following a poem recited by President Recep Tayyip Erdoğan during a visit to Azerbaijan accusing the president of supporting ethnic Azerbaijan secession in Iran. “Iran’s baseless allegations against Turkey and the Turkish president are intolerable,” Foreign Minister Mevlüt Çavuşoğlu said on Saturday.

A day after Erdogan’s story, Iran summoned Turkish Ambassador to Tehran Derya Ors to report the incident. His remarks were “unacceptable and erroneous,” the State Department said, requesting an explanation. Iranian Foreign Minister Mohammad Javad Zarif went on to confirm, on Twitter, that the poem was “intended to forcibly separate the northern region and Iran’s homeland.

Did he not know it would undermine the sovereignty of the Azerbaijani Republic?”This incident comes two days before the Turkish National Intelligence Service, MIT, and police arrested 11 people in connection with drug trafficking in Turkey. The arrests come after the alleged kidnapping of former Iranian opposition leader Habib Chaab. Habib was abducted inside Turkey and transferred to Iran, Turkish officials said. Meanwhile, Turkey on Saturday called for the ambassador to Iran in Ankara due to the reaction of “fault” of Iran’s president, which Tehran has seen to support the secessionist elements ethnic Azeri in Iran.

At the same time we created anger inside Iran. Erdogan, a staunch supporter, said words that Iran perceived as a violation of Iran’s sovereignty had raised diplomatic tensions between neighboring Iran and Turkey.Turkey provided military support to Azerbaijan, which had won the war against Armenia. Turkish intervention, seen as illegal, hastened the defeat of Armenia.