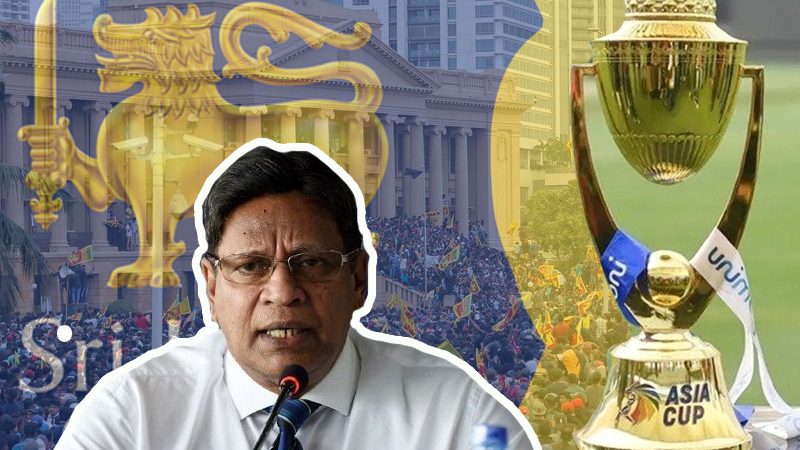 Sri Lanka–Despite the country’s current political turbulence and turmoil, Sri Lanka Cricket Secretary Mohan de Silva is optimistic that his country will be able to host the Asia Cup, which is set to begin in late August.

As protesters stormed the presidential complex and demanded the resignations of both interim President Gotabaya Rajapaksa and Prime Minister Ranil Wickremesinghe, social unrest in Sri Lanka has gotten worse over the past week. According to reports, President Rajapaksa has gone to the Maldives, and the general population has occupied his opulent home.

Nevertheless, despite the political and economic crises, Sri Lanka recently hosted Australia with success, and according to De Silva, cricket has been immune to the issues.

As protestors attacked the neighbouring Galle fort as cricket was being played in the background, Sri Lanka tied the series one-all in Galle, where the Australians’ trip, which included T20Is, ODIs, and two Test matches, ended.

The Pakistani team’s recent arrival to play a two-match Test series was another factor contributing to De Silva’s continued optimism towards the Asia Cup. The PCB confirmed that the visitors were unaffected by the political unrest outside after the Pakistanis played a warm-up game.

The Asian Cricket Council will make a final decision about Sri Lanka’s status as the host country for the six-nation Asia Cup on Friday. As far as we’re concerned, we’re still very sure that Sri Lanka will host the tournament. “Pakistan is also present in the country, and we just welcomed the Australian tour with two Test matches in Galle, “de Silva said on Thursday to ESPNcricinfo.

If there has been any pressure to leave the ACC, he responded, “Not really,” when asked.

The main event of the T20I Asia Cup 2022 is planned to take place from August 27 to September 11, and will follow a qualifier that will also be held in Sri Lanka from August 20 to 26.

The qualifying round will feature competition from Hong Kong, Kuwait, Singapore, and the UAE. The winner of the qualifier will join the five full-member Asian teams—Afghanistan, Bangladesh, India, Pakistan, and Sri Lanka—in the main draw.