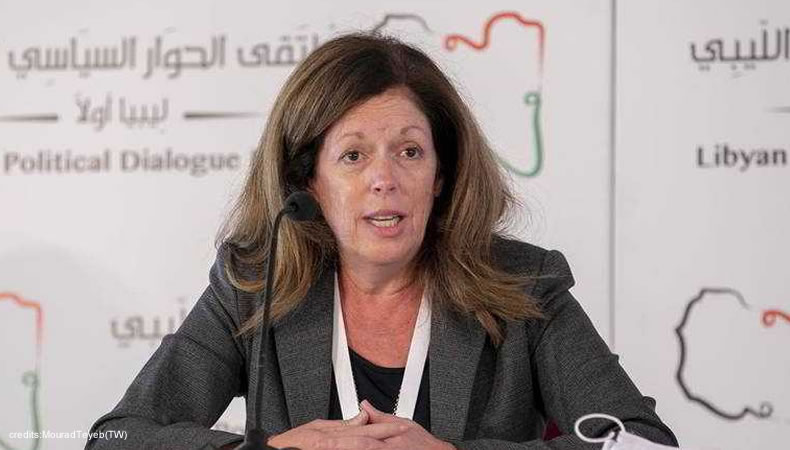 The Libyan dialogue, what worked and what didn’t

From November 9, the Libyan Political Dialogue Forum brought together seventy-five Libyan personalities in the Tunisian capital, under the auspices of the United Nations Support Mission in Libya (UNSMIL). The event ended Sunday without a new executive for Libya, but with a clear road-map with which the North African country will arrive at the national elections, set for December 24, 2021. On that date, Libya celebrates the anniversary of its Independence of 1951 when the United Kingdom of Libya was proclaimed as a constitutional and hereditary monarchy under King Idris, Libya’s only monarch.

“We now have a clear road-map for conducting the elections on December 24, 2021.” The interim envoy of the UN Secretary-General Stephanie Williams said, anticipating that the participants in the political dialogue will meet again by videoconference within a week to discuss a mechanism for selecting vacancies in the executive branch and resolving controversial issues.In a press conference in Tunis, in the late evening of Sunday, November 15, the UN Special Representative indicated that the Libyan Political Dialogue Forum reached an agreement on three important files. Including the terms reference of the executive authority, the criteria for candidacy, and the timetable. The seventy-five also agreed to separate the Presidential Council and the Prime Minister powers.

Williams reiterated that the Libyan people suffer from corruption and mismanagement. “We have to change this situation through a technocratic government, regardless of who will lead it.” She stated, announcing the failure of the vote to prevent the retention of positions in the Presidential Council and in the National Government for any personality who held positions from 2014.

Despite the amendment obtained the approval of 61% of the Forum participants, it failed to reach the 75% threshold required to pass. The vote ended with 45 votes in favor and 29 contraries. So, the notion has been rejected. Williams urged the Libyan political class to join the movement for change, stressing that it will not allow the obstruction of this process. The UN envoy warned anyone of international sanctions for those who dare to oppose the formation of a new executive. “They must respect the desire of the Libyans to continue the political dialogue,” Stephanie Williams added, addressing her speech to the current Libyan political class.

Many expected that the Forum would already provide the names of the new Government and Presidential Council, however discussions went on for a long time on the preliminary agreements. Inclusiveness was the principle behind the negotiations. “However, it is not possible to find a solution to more than ten years of problems in a single week,” commented Stephanie Williams, underlining her enthusiasm for the points of agreement reached so far.These include the emphasizing of the role of women as a real national partner in promoting peace, peaceful dialogue, and rebuilding the state on the foundations of sovereignty, unity, civil peace, national reconciliation, justice, equality and equal opportunities between the sons and daughters of the nation.

The Libyan women participating in the Libyan Political Dialogue Forum held in Tunis on 9-14 November 2020 recommended that in the formation of the new executive authority, the real representation of women in leadership positions shall be taken into account. The representation of women shall be no less than 30% while providing all guarantees of competence, including technical expertise, academic qualification, and integrity. In particular, in the designation process of the two deputy prime ministers, one of the two deputies shall be a woman in order to reinforce and activate the principle of the women’s participation in decision-making and the state-building.

They also recommend that in the formation of the Government of National Unity, competency, merit, and fair representation of the political and geographical diversity shall be taken into account; participation of cultural components shall be guaranteed, and the importance of the genuine representation of youth shall also be taken into consideration. Youth shall represent no less than 20% of the Government of National Unity’s leadership positions.

Another success is undoubtedly the resumption of military talks between the five officers of the Government of National Accord (GNA) and five of the Libyan National Army (LNA).The Joint Military Commission (5+5) ended the sixth round of talks, the first meeting at its new headquarters in the coastal city of Sirte, where the works started on November 10. According to UNSMIL, the goal of the second meeting inside Libya, the first was held in Ghadames, in early November, was to accelerate the implementation of the ceasefire agreement signed on October 23 in Geneva. A final statement announced the engagement of the two parties for the opening of the coastal road.

The 5+5 agreed to begin clearing the coastal road at a distance that allows safe passage for citizens. For this purpose, the competent committee has begun preparing the mechanisms and operational steps on the ground and directing the removal of mines and explosive remnants of war in cooperation with the United Nations from this road and the areas specified at this stage.

The committee also decided on the exit of all mercenaries and foreign fighters from the targeted area by opening the coastal road and gathering them in Tripoli and Benghazi to start in the next stage of their departure from Libyan lands. The JMC 5 + 5 assigned the committee to evacuate the front lines to withdraw the vehicles and heavy weapons from the same region and returning the forces to their units in coordination with the Security Arrangements Committee to secure the area after the military forces evacuate it.

A second phase would start immediately after the end of the first one. It includes the exit of mercenaries and foreign fighters from the area of all contact lines and their withdrawal to Benghazi and Tripoli. That will be a first step to start the process of their departure from the Libyan lands. The group of tens also agreed on joint security arrangements related to the entire area of contact lines that have been identified by the 5 + 5 Committee. The adoption of urgent security arrangements that allow the opening of the coastal road and facilitate traffic flow. As the UN Special Representative announced on Sunday, the 5 + 5 Joint Military Committee will meet again as soon as possible.