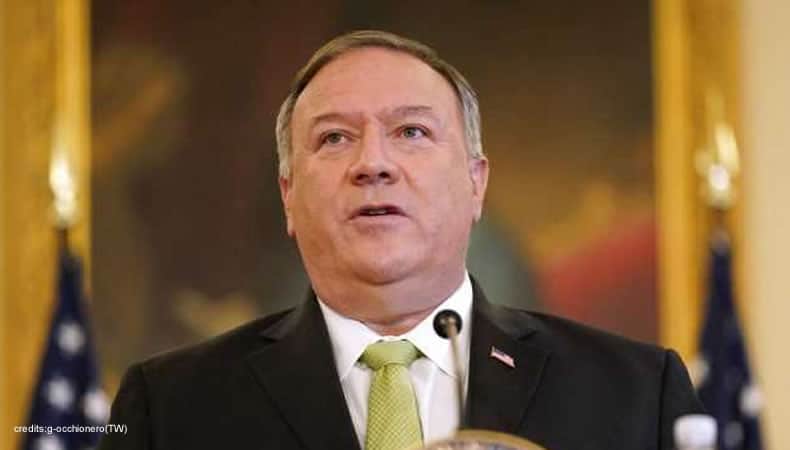 The U.S. authorities have told their Iraqi partners that they will shut its Embassy if Iraqi leaders don’t take any action to end assaults by Iranian-backed armies. The U.S. Secretary of State Mike Pompeo warned President Barham Salih via a phone call that they will close its Embassy in Iraq if attacks continue, according to Reuters. Sources as per Reuters stated that Washington had started preparing to pull back diplomatic staff if the decision is carried out.

Since four months Iran-backed armies have been launching rockets at the U.S. Embassy in Iraq, states Washington. They have also been shelling Iraqi bases that are lodging international soldiers, which include 5,000 US soldiers. The last attack on the U.S. Embassy in Iraq happened nearly 10 days ago, when a Katyusha dropped inside the Green Zone, causing no wounds or harm, the Arab News reported.

Any step by the United States to decrease its diplomatic presence in a nation would be widely observed in the nation as an escalation of its tensions with Iran. However, it could open the chances of aggressive action, with only weeks left for presidential elections in the U.S. According to the Arab News, the Secretary of State has told Saleh over a phone call that if attacks on U.S. presence continue, then action would be taken to close the embassy and a “solid and harsh” response would follow against the groups liable for the assaults.

On Saturday, Pompeo told Al-Kadhimi, that the U.S. will start planning to pull back its diplomatic officials from the embassy if no stringent steps are taken to halt attacks, as indicated by the Iraqi authorities who spoke in condition of anonymity, Arab News reported. Currently, an official declaration has not been made by Washington, however, the U.S. warning must be taken seriously, sources close to the Iraqi government disclosed to The National.

Does Argentina Have Hope For Legalised Abortion?