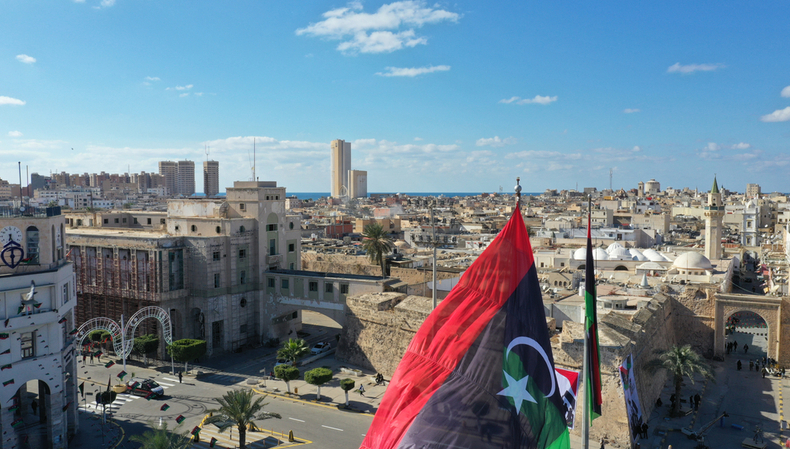 The new temporary unified government of Libya has not yet taken shape. Abdul Hamid Al-Dabaiba, the Prime Minister appointed by the Libyan Political Dialogue Forum (LPDF) presented on Thursday to the Parliament, the House of Representatives (HoR), a proposal containing the political program and the selection mechanism of the cabinet of ministers, while waits to know again the list of names of the new executive. The speaker of the parliament, Aguila Saleh, said the HoR will vote the trust to the transitional government led by Abdul Hamid al-Dabaiba, “if presented in the appropriate form”, stressing that the majority of the 75 members of the LPDF are not elected and therefore, according to Libyan law, not legitimate to approve the new executive if Dabaiba does not gain confidence in the House.

Aguila Saleh stressed, during a press conference with the Moroccan Foreign Minister on Friday in Rabat, that the calling of a trust-granting session is the responsibility of the House of Representatives’ presidency, hoping to trust the government in parliament and not to use the Political Dialogue Committee. Saleh stressed that the next few days await the holding of a session of the House of Representatives in the city of Sirte, to give confidence to the transitional government led by Abdul Hamid Dabaiba, and if the session is not held in Sirte, it will take place in the Eastern city of Tobruk.

He added that the city of Sirte is “in the center of Libya and is devoid of armed and extremist militias” and the joint military committee (5 + 5) is present, underlining: “We want to trust the government in Sirte, but if it falters the meeting will be in Tobruk “. The eastern city has hosted the internationally recognized Libyan Parliament since 2015. It will be noted that the previous Government of National Accord (GNA), represented by Fayez al-Serraj, resulting from the 2015 Libyan Political Agreement (LPA) never gained confidence from the HoR.

Twice Aguila Saleh rejected Serraj’s executive. For this reason, the European Union had introduced sanctions against the President of Parliament, which were lifted only recently for having facilitated the agreement of ceasefire and the action plan of the United Nations, on the initiative proposed by Egypt. Today the Libyan Parliament appears more divided than ever, with part of the MPs meeting in Sabratha and Tripoli. Those sessions were described as “illegal” by Aguila Saleh.The situation is further complicated by the existence of a parallel government in the east of the country, which has said it is ready to hand over power if the new unified executive of Abdel Hamid Al-Dabaiba receives the confidence.

Saudi Arabia "completely rejects" the US assessment of Khashoggi's murder

Pope Francis on a visit to Iraq, the first pontiff in the Abraham land