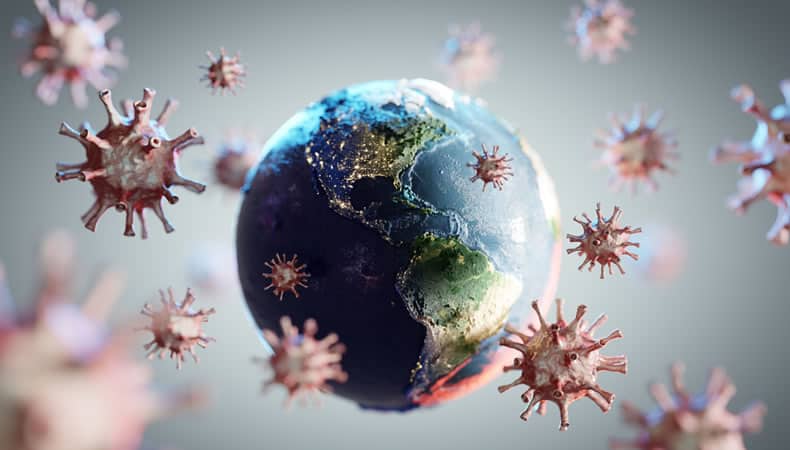 The World battles with the second wave of the Coronavirus pandemic, as there are reports of a surge in cases in parts of Europe, the UK, and the United States. However, the leaders are divided in their response towards the disease. The Covid-19 crisis is probably the greatest health crisis that the world has faced. We don’t have the foggiest idea when or how it will end.

It is still too soon to foresee how profoundly it will change the lives of individuals with the coming of the second wave. However, we can already notice that the pandemic has changed the manner in which all countries have managed the impact and are continuing to confront it.

World leaders have decided on different ways of implementing measures to fight the growing cases as per their individual past experiences in battling the virus. At the beginning of the outbreak, many nations went into lockdown, health-care systems collapsed, residents were sent in-home quarantine, and many were struck with fear and anxiety.

During the second wave, authorities in France and Ireland are again imposing lockdowns, while in the United States, many governors are opposing to wearing of masks and against aggressive measures. The New second wave in the U.S. has mounted in recent weeks with a daily average of 42,000 cases toward the beginning of October to around 58,000 the highest rate since late July, as per the Johns Hopkins University.

The stark differences in efforts to control the virus come as an outbreak on the two sides of the Atlantic raising similar alerts, including rising death rates and overwhelming of hospitals. The State Governors of Tennessee, Oklahoma, Wisconsin, Nebraska, and North Dakota are largely confronting calls from health specialists and officials for more face masks and PPE kits.

In Oklahoma, where the quantity of individuals hospitalized for Covid-19 has reached record levels, specialists have approached authorities to provide more help. Oklahoma health officials have reported a record high of 821 covid-19 patients hospitalized on Tuesday. Wyoming too reported a record-high number of patients hospitalized for the same. Regardless of the surge in cases in Wisconsin, President Donald Trump prepares for Saturday to make a campaign stop in Janesville as he seeks to compensate for the time lost during his own experience with the virus earlier this month.

The wave in cases comes in the final week before the presidential elections on Nov 3. Trump has continued to not listen to health experts regarding the threat Coronavirus poses to public health. However, the virus has killed more than 217,000 Americans and 1 million internationally. In parts of Europe, toward the start of the pandemic, the French president, Emmanuel Macron, cautioned that the infection could change the harmony between these two camps in Europe, reinforcing the nationalists.

In Ireland, Prime Minister Micheal Martin declared a lockdown beginning at 12 PM Wednesday. He ordered to close all non-essential stores, limit eateries, take away services, and requested people to remain inside three miles (five kilometers) of their houses while prohibiting visitors in the home too.

However, as cases arise, a few decisions by European leaders to force new restrictions are confronting strong resistance by locals. UK’s government had failed to deal with Greater Manchester Mayor Andy Burnham, who has dismissed intense new protocols without cash to sustain the laborers and companies that will be majorly impacted.

In the Netherlands, which has one of the most elevated Covid-19 rates in Europe, a judge in The Hague dismissed an appeal by 60 Dutch pubs and eateries owners to topple an administration four-week shutdown order. The Netherlands has introduced stricter measures to combat the rising Covid-19 cases by banning sports events and shutting down restaurants, bars, for the next three weeks.

“We are giving our best shot but the infection is rising”, expressed Netherlands’Health Minister Hugo de Jonge. There will be harder measures if the number of cases increases, he added. PM Mark Rutte advised citizens to wear face masks while stepping out for urgent work or shopping. He also encouraged people to work from home and only three visitors are allowed at home and not more than four people can gather.

At the point when Boris Johnson imposed lockdown in the UK during the month of March, with an exceptional bundle of state backing to save jobs, there were not many disagreeing voices. A week ago, when he set out a three-tiered system of restrictions (less than a complete lockdown), against the advice of scientists who said the UK needed more solid measures.

In the new three-tier system a local approach is probably not going to help settle public confusion, as per infectious disease expert, director of the Wellcome Trust, and member of SAGE Jeremy Farrar. According to Farrar, the pandemic has arrived at a point in its upward bend where a nationwide lockdown is required. “It’s extremely clear that the contentions over lockdowns are creating confusion and obstacles. Such public disagreements and an absence of transparency over what’s happening will truly build doubts about what’s being done in people’s minds, Farrar added.

In parts of the globe where the infection is resurging, the episodes and a rising feeling of apathy are colliding, causing a bad mixture. Health officials fear that the growing anxiety over the second wave is a new challenge they are facing while trying to slow down the virus spread.

It won’t be sufficient to make the correct policies and measures. World leaders will need to find the right words and systems to win public support for their strategies. They will have to learn more about how the Coronavirus and try new measures accordingly to contain it.