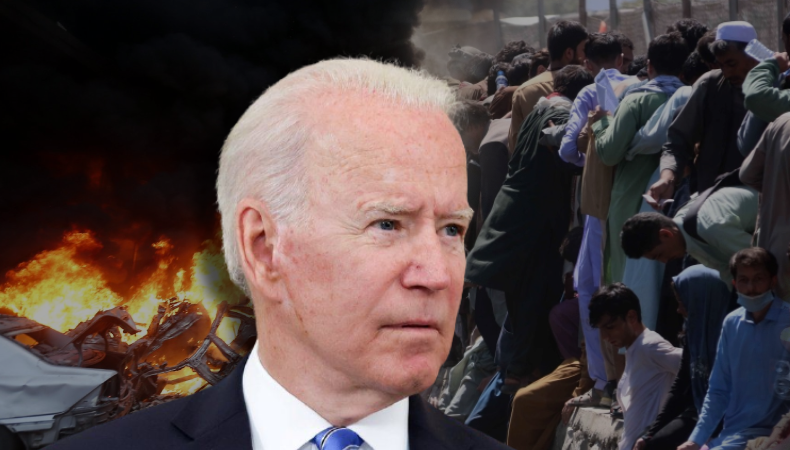 “We will hunt you down and make you pay.” US President Joe Biden has issued stark warning to the masterminds behind double suicide bombings near Kabul airport in Afghanistan that killed 72 Afghan civilians and 13 US troops.

The evidently controversial decision by Biden of withdrawing US troops from Afghanistan by August 31 deadline, that led to unexpected repercussions, is still being defended by the administration. The darkest day of his presidency but Biden refuses to extend the August 31 deadline for complete troop withdrawal from Afghanistan and promises to evacuate all American citizens who want to leave the country.

Bombings on Thursday have been owned by the Islamic State militant group (ISIS). General Frank McKenzie, head of US Central Command said that US forces are on high alert for more attacks by the ISIS, possibly rockets and vehicle borne bombs targeting the Kabul airport that is witnessing mass evacuations by many countries. The Thursday attacks took place near an airport entrance and at a nearby hotel. As the evacuation process enters its most dangerous phase, evacuation flights frequency has accelerated with many US passport holders being allowed to enter the airport campus that’s entry checkpoints are now under control of the Taliban.

Paying tribute to US troops who were “engaged in a dangerous, selfless mission to save the lives of others” and succumbed to ISIS attack, President Biden said in cold anger, “To those who carried out these attacks today – as well as anyone who wishes America harm – know this: we will not forgive. We will not forget. We will hunt you down and make you pay.”

President Biden has reportedly ordered the Pentagon to “develop operational plans to strike Isis-K assets, leadership and facilities”. He added, ““We will respond with force and precision at our time, at the place we choose and the moment of our choosing.”

As of Wednesday, about 4500 American citizens have been evacuated from Afghanistan that is witnessing the worst humanitarian crisis of our times as Taliban has taken control of the country as foreign troops withdraw. The State Department said that still around 1500 US citizens are waiting to be flown out.

Trapped Afghans, kills over 90, including 13 US Marines