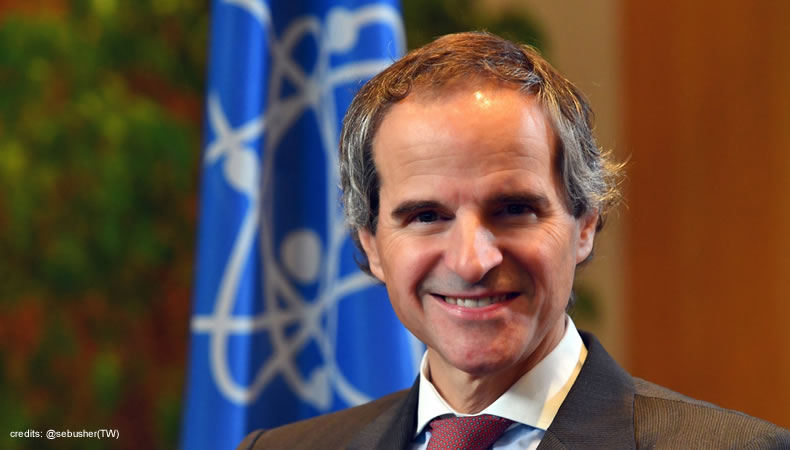 The Argentine diplomat Rafael Grossi, head of the International Atomic Energy Agency (IAEA), returned to Vienna from Iran last night with a last-minute deal that could save the future of US-Iran nuclear talks. Grossi leads the United Nations agency which deploys its highly skilled inspectors in Iran to control every detail of the Iranian program. On February 23, in compliance with an Islamic Republic law passed by the conservative majority parliament after the assassination of the nuclear scientist Mohsen Fakhrizadeh, the Iranian government would have been forced to expel all the IAEA inspectors.

For now, Grossi has found an agreement. He has negotiated with the Iranian authorities, and the result is that the IAEA will have less access, but they will remain in Iran to control its nuclear program. There will be the same number of inspectors, even if the western institution will lose some possibility of access. Foreign Minister Javad Zarif says what the IAEA will lose: “The inspectors will no longer have access to the video from the cameras that control our facilities.” But Grossi will not see the expulsion of his inspectors.

Grossi’s mission to Tehran came at a crucial moment for the resumption of negotiations between Iran and the United States on nuclear power. In 2015, Barack Obama’s US signed with Iran and the countries of the UN Security Council the “JCPOA”, an agreement implemented by the UN that limits the development of Iranian nuclear capabilities that can lead to the construction of the atomic bomb. In return, the United States pledged to cancel the economic sanctions in place for years.

In 2018, once he arrives at the White House, Donald Trump abandoned the agreement and established new sanctions. Heavy economic measures, which are still in force today and are seriously damaging the Iranian economy. With the new Joe Biden administration, the confrontation could restart; but in the meantime, Iran, to defend its arguments, has begun to violate the terms of the JCPOA. By enriching more uranium than allowed, putting into operation more centrifuges to enrich uranium, and then producing a few grams of “metallic uranium”, a form of uranium that is practically the necessary antechamber of the nuclear bomb.

At this point, the US is asking that to return to apply the JCPO, Iran should stop its violations of the agreement. While Iran replies “it was you who abandoned it and imposed sanctions on us, so the first move must be yours”. Grossi would have urged a solution to this stalemate in his mission in Tehran: speaking on behalf of UN secretary Antonio Guterres, Grossi invited the Iranians to accept the invitation of the European Union asking for a meeting of the JCPOA table in level of diplomats. The agreement was signed by Iran on the one hand, and by the United States, Russia, China, France, Great Britain, and Germany on the other with the participation of the EU. Now the EU invites everyone to a first “informal” meeting, which could break the deadlock.

A basic problem remains: the JCPOA has in no way taken into account the security of other countries in the region, such as Israel and Saudi Arabia. For example, it does not include the Iranian ballistics program. Terrified of an Iran capable of rearming itself even with missiles and conventional weapons, these countries are pressing heavily on Washington. Trump had defended their interests and their vision; Biden will not be able to neglect them simply by returning to sit at the table with the Iranians and abolishing economic sanctions. The biggest dilemma in the whole Middle East.