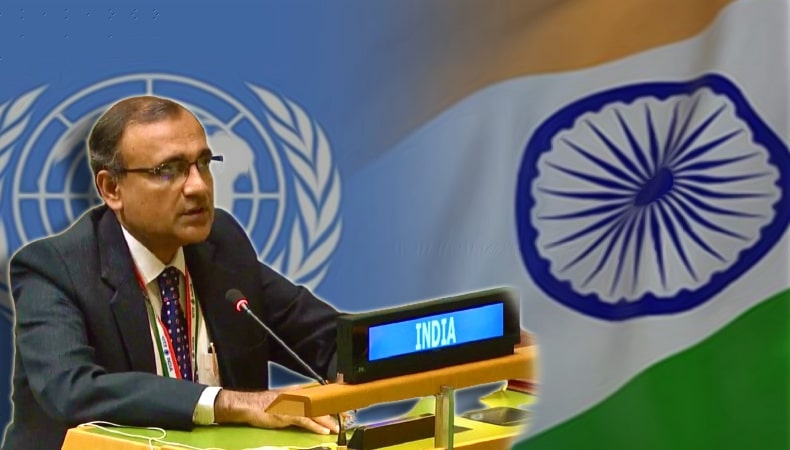 India In Favour Of UN Protected Iraqi Elections In October 2021

Iraq is asking the United Nations to monitor its poll this time; and India is all in support of the democracy trying to stand up on its own two feet. Ambassador According to the T.S. Tirumurti, Permanent Representative of India to the United Nations has said that Iraq’s October elections will help strengthen the roots of the country’s democracy.

Indeed the October 2021 elections is important to resurrect the country’s economy and battered democracy. The UN would be providing international assistance to the Independent High Electoral Commission of Iraq apart from providing assistance in monitoring the whole election process.

For the elections to function in a manner that it can provide inclusive and free polling, the UN has suggested that it is imperative to first maintain a sense of security and peace in the country. For this, The Secretary-General’s Special Representative for Iraq and head of United Nations Assistance Mission for Iraq Jeanine Hennis-Plasschaert has requested that all concerned need to work in unity. She is specifically requesting that all parties, stakeholders and authorities involved to agree on a ‘code of conduct’ and allow all Iraqi candidates to operate freely — irrespective of ethnicity, gender, language, religion, belief or background.

To iron out the process, it would first be important to meet the preliminary steps of fund allocation to the Independent High Electoral Commission, apart from ensuring that the biometric registration of the all the voters is done in a timely manner.

On its part, India has decided to support Iraq by training Independent High Electoral Commission officials and sending election observers. Iraq has been the hideout point for Iranian military groups and other ISIS operatives. It is going to remain an uphill task to ensure that the election process goes smoothly without any disharmony created by both these factions.

Although there is little to celebrate, Libyans rejoice the 10th anniversary of the 17 February’s revolution

Morocco To Use Underwater Cables To Provide Electricity to Britons Soon