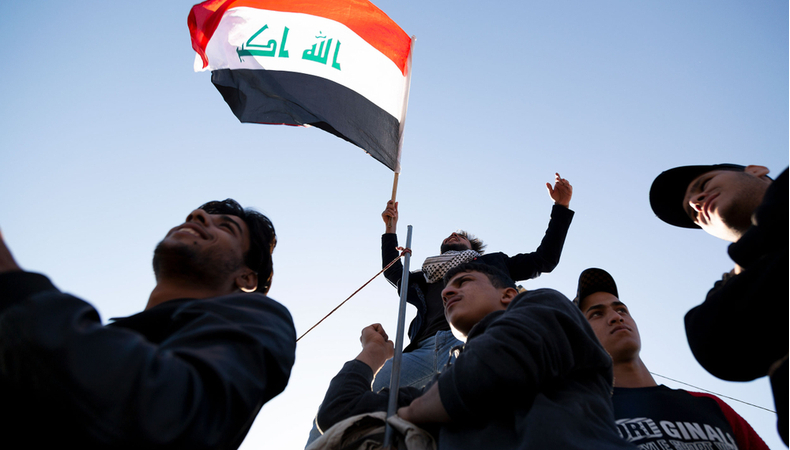 Iraq executes five terrorist elements, confirming itself as the country with the most sentences since the defeat of ISIS

Security sources reported today that five Iraqis accused of “terrorism” were executed in Nasiriya prison in southern Iraq on Tuesday. Iraq is confirmed as the country that has carried out the highest number of sentences in the world.

According to Agence France Press (AFP), the judiciary has obtained the order to carry out death sentences for the five defendants, approved by the Presidency of the Republic, a necessary step. Since declared defeated the self-proclaimed Islamic State (Isis), The Presidency ratified more than 340 death sentences for criminal or terrorist attacks.The Iraqi men from various provinces had all been convicted under a 2005 Counter-Terrorism Law. Nasiriyah detention center, in Dhi Qar province, is the only one to carry out capital punishments.

In January, a terrorist attack killed over 30 people in Tayaran Square in the Iraqi capital Baghdad. The act, the first of its kind in three years, convinced Iraqi Prime Minister, Mustafa Al Kadhimi, to fire senior executives and commanders from many security agencies, as part of a wider attempt to hire them. exclusive control in Iraq, from strictly state control to the well-known Popular Mobilization Forces (Pmf, Hashd al Shaabi), the militias that in many cases have links with Iran.

Within 24 hours, Al Kadhimi replaced a series of personalities, among which the name of Abdul Karim Abd Fadhil, also known with the kunya (honorary title in the Arabic onomastics) of Abu Ali Al Basri: nicknamed the Master of Spies, Al Basri was removed from the leadership of the “Falcons” intelligence unit and replaced by Hamid al-Shatri, former secretary for the National Security Agency. According to some Iraqi politicians interviewed by Middle East Eye, described the Prime Minister decision as a kind of “soft coup” by Al Kadhimi.

In the hardest years of the war against Isis in Iraq, and even less after the defeat of Abu Bakr al-Baghdadi’s men, little was heard of the “Hawks”, despite their prerogatives in counter-terrorism activities for many fundamental verses. The Iraqi falcons, al-suqour in Arabic, are an anti-terrorism unit of about 5,000 members, among the most prestigious in the entire region and one of the most effective in the war against Isis.

Founded in 2006 by Al Basri himself and framed as a secret intelligence service by former Prime Minister Nuri Al Maliki in 2001, intending to target the leaders of terrorist organizations active in the country. The Falcons have received training from both the CIA and MI6, and they are responsible for dozens of thwarted attacks, especially car bombs at the last moment, thanks to the deep and systematic infiltration of agents in terrorist organizations such as Isis.