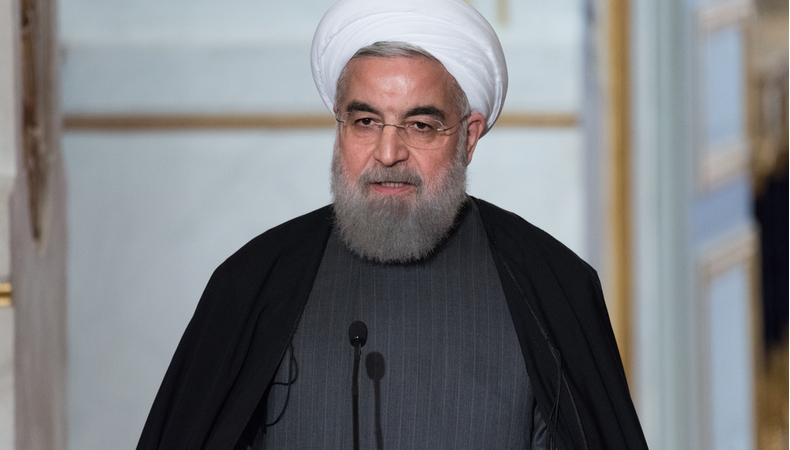 “Iran has carried out an enrichment of uranium to 63% and, if necessary, we will immediately start enriching uranium above this level.” Iranian President Hassan Rohani said today on state TV.

The Iranian president then said that the negotiators in the Vienna nuclear talks should accept Iran’s terms to solve the remaining problems and allow the world to witness greater growth and interaction. “The US and Europeans should know that Iran seeks nuclear energy not to produce nuclear weapons,” Rohani said, making it clear that the Islamic Republic aims to develop its nuclear, aerospace, and missile power to strengthen the Country’s industry.

“We are not looking for wars and tensions, but in the meantime, we will not bow to the enemies and our defense will be unpleasant,” he continued.Recently, the United States lifted part of the economic sanctions on Iran. The measure affects three former government officials and two oil-related companies; comes on the eve of the new round of indirect negotiations between Tehran and Washington in Vienna on nuclear power (JCPOA) the weekend.Sources in the White House speak of a “conciliatory” gesture a few hours after a meeting that could sanction the full US return to the pact signed in 2015 by Barack Obama and disavowed three years later by his successor Donald Trump.

The Biden administration remains cautious and urges not to give too much importance to the decision. Also, because, at the same time, punitive measures were ordered against a group of people and activities headed by Sa’id Ahmad Muhammad al-Jamal, for the support provided to the Houthi rebels in the bloody war that has been going on for some time with the pro-government government. Saudi in Yemen. The sanctions lifted yesterday affected former officials and companies “involved in the purchase, sale, transport or marketing of Iranian petrochemicals”.

Meanwhile, the attention of international diplomacy is focused on Vienna, where the sixth round of indirect talks between the US and Iran is about to begin. Over the last two years, Tehran has progressively violated the terms of the pact, easing restrictions on nuclear activities.

The first steps date back to 2019, in response to Trump’s withdrawal from JCPOA in May 2018 and the reintroduction of the toughest sanctions in history, which resulted in a collapse of the Iranian economy.Presidential elections will take place in Iran on June 18, which will archive the era of moderate Hassan Rouhani to bring an ultra-conservative to power. A change that could also affect the timing, methods, and results of the nuclear talks.