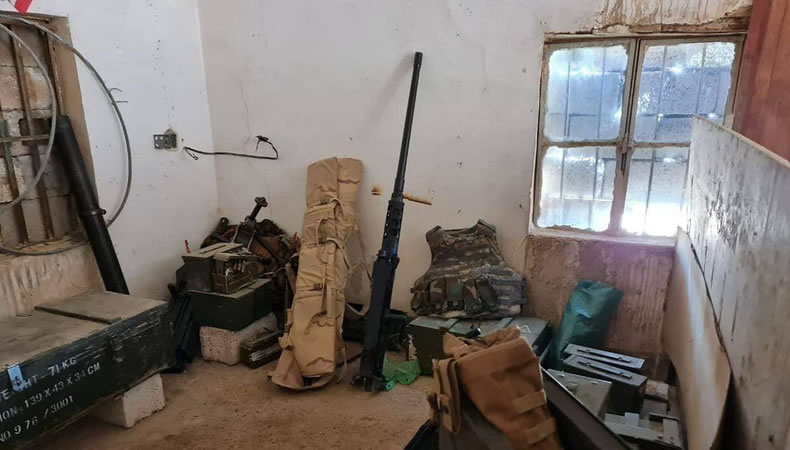 The incident took place in the Al-Azim region, a large open area north of Baqouba in Diyala province, according to authorities. The details of the attack were not immediately apparent, but according to two officials who talked to The Associated Press, terrorists from the Islamic State group came into the barracks at 3 a.m. local time and shot the troops dead. Because they were not allowed to make public remarks, the officials talked on the condition of anonymity. The bold strike, which took place more than 120 kilometers north of Baghdad, was one of the worst in recent months against the Iraqi military.

In 2017, the Islamic State was mostly defeated in the nation, while it remains active in several regions through sleeper cells. Sunni Muslim extremists continue to carry out attacks, frequently targeting security forces, power plants, and other infrastructure. IS terrorists using machine guns invaded a largely Shiite hamlet in Diyala province in October, killing 11 residents and injuring many more. Officials at the time reported the incident took place after extremists abducted people and were not paid their ransom demands.

Army reinforcements were rushed to the village where the incident happened on Friday, and security troops were positioned in the surrounding districts, according to authorities. More information was not immediately available, and the Iraqi military remained silent. IS assaults have increased in Iraq and Syria in recent months, where the organization once established a self-styled Islamic caliphate before being destroyed by an international coalition. IS militants launched a complicated attack on a prison facility in northeast Syria on Thursday evening in an attempt to liberate detained IS fighters.

According to Kurdish-led troops in control of the Gerwan Jail in Hassakeh, which holds roughly 3,000 convicts, inmates rioted and attempted to flee as gunmen battled with security forces outside the prison. After reports of deaths among Syrian-led Kurdish troops, the US-led coalition launched an attack. Two extremists who fled were apprehended on Friday, according to the Syrian Kurdish military.

Six terrorists, two Kurdish security members, and one civilian were killed in the nighttime skirmishes, according to the Syrian Observatory for Human Rights, headquartered in the United Kingdom. There were no casualties among the Kurdish forces. IS announced a self-declared Islamic caliphate in 2014, including huge swaths of Iraq and Syria. The battle that followed lasted many years and left vast swaths of both bordering countries in ruins. It also left Kurdish authorities allied with the US in charge of eastern and northeastern Syria, with a small contingent of several hundred American troops remaining there.