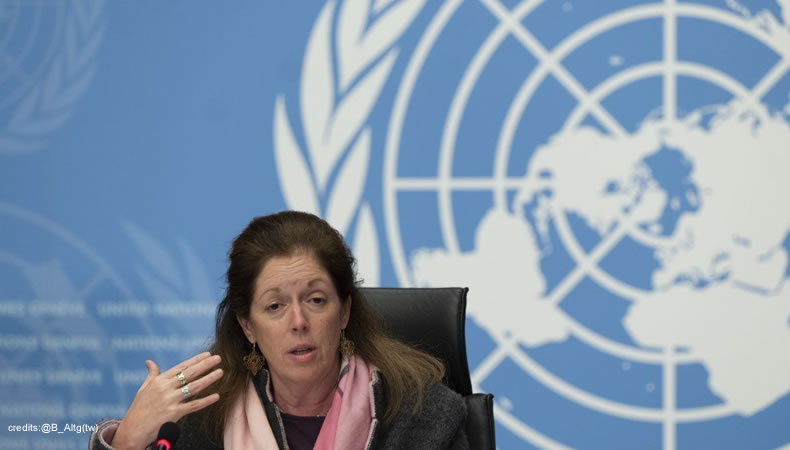 Libya has a new temporary unified government, the preparatory phase for a comprehensive solution

On Friday afternoon, February 5, 2021, the acting Special Representative of the UN Secretary-General in Libya, Stephanie Williams, announced the Libyan Political Dialogue Forum (LPDF) results in Geneva, Switzerland. The seventy-five Libyan representatives selected by UNSMIL initially voted the four candidates lists for the three positions of the Presidential Council and the Prime Minister, following the established selection mechanism. According to which a list of candidates should have received 60% of the valid votes to pass the first round. After none reached that threshold in the first round, the participants in the LPDF on the second round voted on the two lists, which obtained the vote’s highest number.

Ambassador Norland spoke on Sunday with elected Prime Minister Abdul Hamid Dbeiba to congratulate him on the results of the Libyan Political Dialogue Forum trial. According to a note from the US Embassy, Ambassador Norland encouraged “the elected Prime Minister to identify a small, competent, technocratic cabinet team who can quickly gain confidence from the House of Representatives, following the LPDF roadmap and start to work to address the needs of Libyans across the country in key issues such as electricity, the COVID-19 response and preparation for the December elections.””The United States wishes the new interim executive success during this crucial period of transition and is ready to assist Libya in the search for a stable, prosperous, and democratic future.” The Embassy statement concluded.

LPDF-designated Prime Minister Abdul Hamid Dbeiba will have 21 days to present his political program to Parliament, the Tobruk-based House of Representatives, for full approval. As Williams recalled on Friday, if the new executive fails to receive confidence in the courtroom, the decision will return to the Libyan Political Dialogue Forum as required by the preliminary provisions. The roadmap established by the LPDF provides that immediately from the date of granting the trust to the government and without further action, the full powers of the executive authority will be transferred to the new Presidency Council and Government of National Unity. All existing executive powers will expire upon the granting of trust to the new government.

The new temporary executive authority has to provide swift financial support and to fulfill the necessary logistical and security conditions for the National High Electoral Commission (HNEC) and the state institutions involved in the electoral process to carry out its duties in the best way possible. It will have to complete the administrative, financial, and security procedures necessary for the elections’ success through confidence-building measures, including the media sector rehabilitation and regulation to preserve the national social fabric and allow a general de-escalation.It will start the national and social reconciliation process to address the impacts of various conflicts ranging from the end of arbitrary arrest, to enforced disappearance, to the release of political prisoners and those who have been arbitrarily detained. The new executive will also have to work for the voluntary and safe repatriation of displaced persons inside and outside the country.

Turkey's malicious plan in Yemen starts from the port of Aden