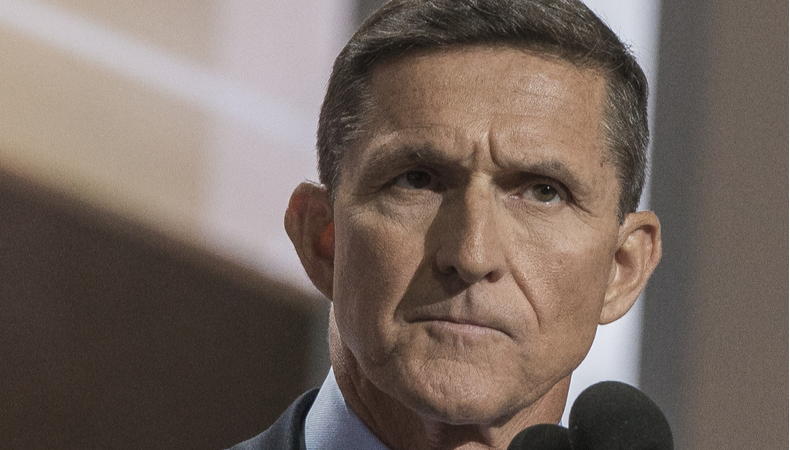 US President Donald Trump on Thursday took to Twitter to announce that he has granted “full pardon” to his former national security adviser Michael Flynn, who had pleaded guilty to lying to the FBI during its inquiry into the alleged involvement of Russia in the 2016 presidential election.

On the occasion of Thanksgiving, the US President tweeted that it is his “Great Honor” to grant a full pardon to Michael Flynn. “It is my Great Honor to announce that General Michael T. Flynn has been granted a Full Pardon. Congratulations to Michael Flynn and his wonderful family, I know you will now have a truly fantastic Thanksgiving!” Trump wrote on his Twitter. This development has come as Donald Trump enters his last days as President of the United States. As per a report by The New York Times, Trump had told his aides that he was going to pardon Flynn among others in a string of pardons before leaving the office.

Michael Flynn was the only White House officials to be convicted in the investigation carried out by the Justice Department into alleged Russian meddling in the 2016 US presidential elections. According to a White House statement, the Full Pardon brings to an end “the relentless, partisan pursuit of an innocent man,” adding that General Flynn should not require a pardon. “Multiple investigations have produced evidence establishing that General Flynn was the victim of partisan government officials engaged in a coordinated attempt to subvert the election of 2016,” the statement read.

A Justice Department official on Wednesday revealed that the President did not consult them about a pardon, but were notified in advance. Meanwhile, his decision to pardon Flynn has invited criticism from various horizons. Condemning Trump’s pardon, House Speaker Nancy Pelosi termed it an act of “grave corruption” and “brazen abuse of power”.

A retired Army general, Flynn had twice pleaded guilty to lying to the FBI about his talks with a Russian diplomat. Since then, he has sought to withdraw the plea, alleging that prosecutors duped him into a plea agreement and violated his rights. Significantly, his sentencing was deferred multiple times.

He was among the first appointments announced by Donald Trump after he won the US presidency in 2016. However, Trump fired Flynn as his national security advisor just 23 days after his appointment for misleading Vice President Mike Pence after a controversy emerged over his discussions with then Russian Ambassador to Washington Sergei Kislyak.

First batch of coronavirus vaccines to…