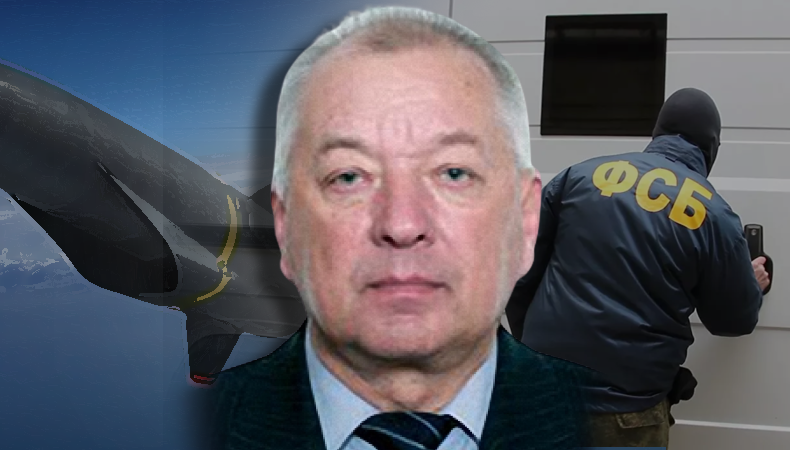 Russian security agents have detained the head of an institute researching development of hypersonic systems. He has been booked under suspicion of treason. Alexander Kuranov is 73 years of age and has been developing hypersonic missiles for a long time. According to the NIPGS, he is an expert on this. He was developing the programme Ajax (Ayaks in English) that involves a space vehicle recycling energy in flight to boost its performance.

It has been for several years that he had been organizing a Russian-US symposium for scientific exchanges on topics like aerodynamics and plasma technology. Mr. Kuranov is a known expert in plasma physics applications, an element closely utilized in hypersonic missiles. Russia has been building these missiles that travel five times faster than the speed of sound (Mach 5).

While it is not clear as of now, if the old scientist has actually divulged any sensitive matter to threaten the Russian security, even then FSB is planning to ask the court to put him under arrest for two months. President Vladimir Putin has described Russia’s hypersonic technology as unparalleled. In 2019 he said the West and other countries were “playing catch-up with us” in that domain.

There are chances there was theft of this technology, but concrete data or evidence proves this as of now. Meanwhile rival countries are also vying for similar technology. For example, Britain is developing similar hypersonic aircraft that will facilitate civilian use.

According to Adam Dissel, who heads up the US operations of Reaction Engines that is developing such planes, “The idea is to build a high-speed passenger transport by the 2030s. “It doesn’t have to go at Mach 5. It can be Mach 4.5 which is easier physics.” But Russia is more focused on military usage.