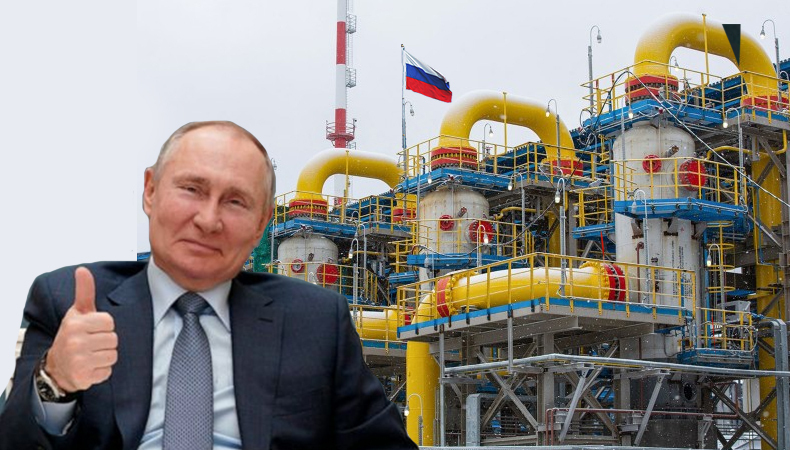 Russia–In a risky step amid escalating tensions with the West over Moscow’s military intervention in Ukraine, Russian President Vladimir Putin has given a newly established Russian corporation complete authority over a significant oil and natural gas project that is partially held by Shell and two Japanese companies.

The creation of a new corporation to assume ownership of Sakhalin Energy Investment Co., which is about 50% controlled by British energy giant Shell and Japanese firms Mitsui and Mitsubishi, is mandated by a decree issued by Putin late on Thursday.

One of the largest export-oriented oil and natural gas projects in the world, Sakhalin-2, was forced to move due to Putin’s directive, which cited “threats to Russia’s national interests and its economic security.” The foreign companies have one month to determine if they wish to keep their stakes in the new corporation after the presidential directive.

Sakhalin-2, the nation’s first offshore gas project and around 4% of the global market for liquefied natural gas, or LNG, is owned by Russian state-controlled natural gas giant Gazprom. The main markets for the oil and LNG exports from the project are China, South Korea, and Japan.

There is no reason to anticipate a supply stoppage in response to Putin’s order, according to Kremlin spokesman Dmitry Peskov, who said this on Friday.

Shell had a 27.5% ownership interest in the venture. Shell declared its decision to exit all of its Russian investments at the commencement of the Russian military intervention in Ukraine, a move that it claimed had cost at least $5 billion. Additionally, the corporation has a 50% stake in two other oil field development joint ventures with Gazprom. Putin’s decree has called into question Shell’s stake in the joint venture, according to a statement made by Shell on Friday.

In a statement, the corporation claimed that as a shareholder, Shell “has always behaved in the best interests of Sakhalin-2 and in compliance with all applicable legal obligations.” “We are aware of the decree and analyzing its potential effects.”

The Japanese government was aware of Putin’s decision, according to Seiji Kihara, deputy chief secretary of the cabinet, and was assessing its implications. Mitsui, a company based in Japan, owns 12.5% of the project, and Mitsubishi has 10%.

Because the project “is essential to Japan’s energy security,” Kihara highlighted that it should not be harmed, and he added that “anything that affects our resource rights is unacceptable.”

At a twice-daily news briefing on Friday, he told reporters, “We are analyzing Russia’s goals and the context behind this.” We are investigating the specifics, and as for the next actions, I am unable to make any predictions at this time.

Peskov responded, “There can’t be any general rule here,” when asked if Putin’s action with Sakhalin-2 may signal similar action against other joint ventures with foreign partners. “Each case will be handled separately,” he continued.

Hajj Ministry announces flights for pilgrims from UK, Europe & US