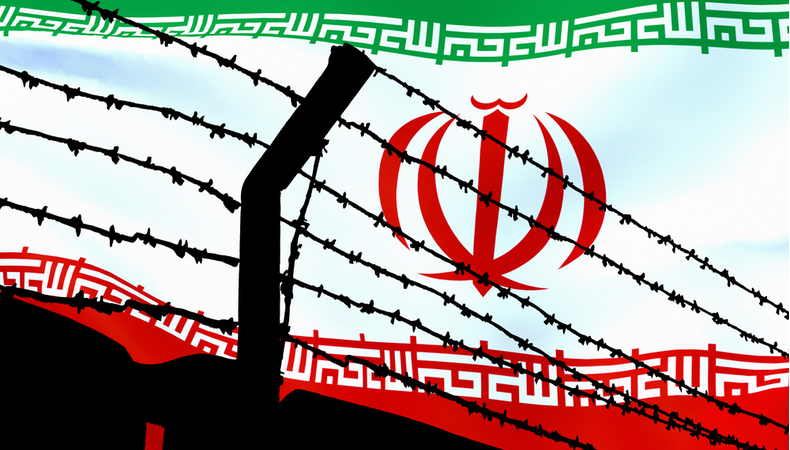 “Iran is an open-air prison. It no longer makes a difference whether a person is in prison or not. The mere fact of living in Iran makes us prisoners.” It is the content of a message from Sepideh Gholian. The Iranian reporter and activist jailed in the fall of 2018, while following the strike by the workers of the Haft Tappeh sugar refinery. Sepideh Golian became famous worldwide for publishing her “Diaries from Prison,” an editorial project created with the patronage of Amnesty International.

“One year after the publication of the stories and sketches for the book ‘The tilapia sucks the blood of Hur al-Azim – wrote Sepideh – I find myself behind the bars of another prison. If I look back, I see a storm of catastrophes that now extends over every strip of land in Iran.”

However, the woman continues to nourish a hope: “I hope that she will open new and larger windows to my fighting sisters and that they will bring their cry to the ears of Italian women.” The journalist and reporter managed to circulate her memories. “The book Hur al-Azim – she explained – is a chronicle of the life experiences of Arab women of Khuzestan, no longer in the ghettos they live in, but in prisons.” The woman hopes that Hur al-Azim will be relaunched one year later as a favourable omen for the Islamic Republic.

According to Amnesty International, Iranian authorities heavily suppressed the rights to freedom of expression, association and assembly in recent years. Security forces used unlawful force to crush protests. The authorities continued to arbitrarily detain hundreds of protesters, dissidents and human rights defenders, and sentenced many to imprisonment and flogging.

“Women, as well as ethnic and religious minorities, faced entrenched discrimination and violence. Enforced disappearances, torture and other ill-treatment were committed with impunity on a widespread and systematic basis.” Amnesty denounces in its last report, adding that judicial corporal punishments amounting to torture, including floggings and amputations, were imposed to detainees by Iranian security forces. Fair trial rights were systematically violated.

In the Islamic Republic of Teheran, the death penalty is also used as a weapon of political repression. Executions were carried out, one in public and some others in secret. Those executed included people aged under 18 at the time of the crime. The International Organization highlights that in 2020 the authorities continued to commit crimes against humanity by systematically concealing the fate and whereabouts of several thousand political dissidents forcibly disappeared and extrajudicially executed in secret in 1988. Mass graves believed to contain their remains were destroyed by State affiliated armed groups.