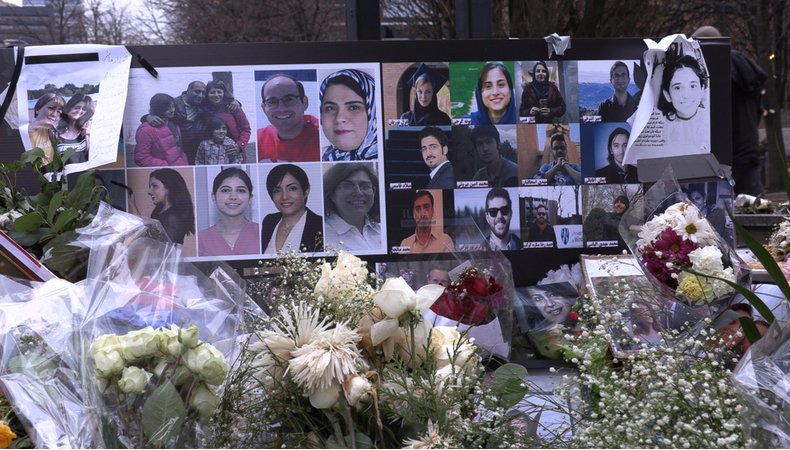 A UN expert accused the Islamic Republic of Iran of spreading lies about mistakes made in January 2020, which led to the downing of a Ukrainian civilian plane in the capital Tehran by two missiles, during a period of great tension with the United States. The United Nations Special Rapporteur on extrajudicial killings and arbitrary executions, Agnes Callamard, presenting the conclusions of her investigation into this case to the media, denounced several contradictions on the part of the Ayatollahs.

“The most worrying factor is that the explanations of the Iranian authorities for the mistake or errors committed are not correct,” said the UN special rapporteur, indicating that these explanations provided by Iran are “in contradiction with the facts and analyses techniques of many experts.” Callamard reported that she studied and consulted dozens of experts, military and intelligence personnel.

Why did Iran provide unreliable explanations? Perhaps because there are many more dangerous issues.Thus, creating these contradictions, these explanations, create a bit of confusion in the search for truth. The rapporteur accused Iran of lying to hide far more serious facts. Callamard asked: “Why is Iran lying? Because there is no other term that can be used. Why doesn’t it clearly explain how the Iranian military could make such mistakes?” Referring to the visual approach or the instructions on the radar devices, she added: “How did Iran not follow the basic procedures?”.

The UN expert said investigations suggest that the plane was deliberately attacked. “The Iranians admitted that, but they said it was a mistake.” The problem is related to this last part, the error, according to Callamard – who pointed out that in international law it is known that “it is possible to kill by mistake” and the jurisprudence is either accepted in good faith or not – the proportionality of error concerning all the facts. She clarified that “my conclusion is that, based on international law, the error does not constitute a defense for Iran”, noting that Tehran has not answered questions relating to her investigations.

Independent UN experts are associated with the Human Rights Council, but their opinion is not binding on the international organization. On January 11, 2020, the Iranian army admitted that it had “mistakenly” shot down a Ukrainian Airlines Boeing 737 three days earlier, shortly after take-off from Tehran, bound for Kyiv. Iranian Army deliberately killed 176 people on board the civilian plane, most of them Iranians and Canadians, many of them with dual citizenship. In late 2020, Iran announced it would pay $ 150,000 to each of the victims’ families.

On January 8, 2020, Iranian air defense were on high alert for fear of an American revenge attack, after Tehran fired missiles at a military-base used by the US soldiers in Iraq in response to the January 3 assassination of Major Iranian general Qassem Soleimani in Baghdad by Washington.

Turkey trains and ships Somali troops in exchange of aid and money to destabilise Libya, Syria and Yemen

First batch of coronavirus vaccines to reach northwestern Syria next month, WHO says