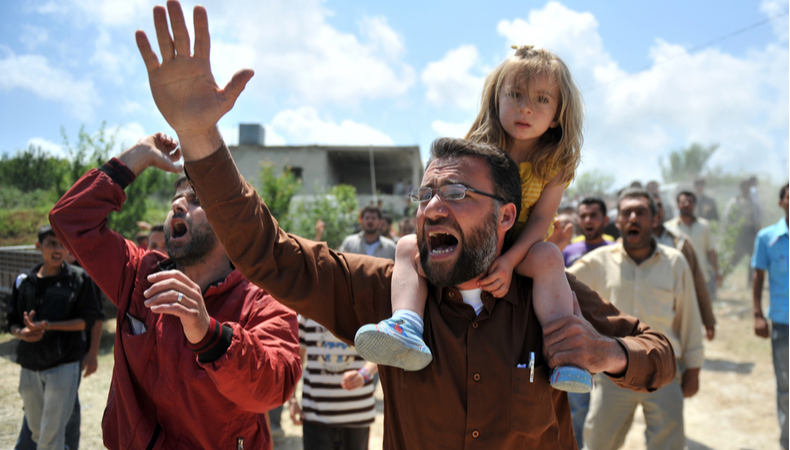 Syria Civil War: Why it continued for 10 years and why is it still ensuing?

March 15, 2021 marked ten years to the most gruesome and brutal wars after World War II. The Syrian War that had started in March 2011 as a silent protest against growing unemployment, corruption and lack of political freedom in regime of President Bashar al Assad quickly turned violent and spread nationwide, signaling a mass discontent against the regime.

The violent escalation of protests was triggered after violent crackdown by the Assad government. Over 387,000 deaths are documented in Syria over last 10 years with over 205,000 missing or presumed death. The most wrenching part is that over 157,000 deaths have been at the hand of government in form of attacks, crude bombs and chemical attacks.

The situation was quickly taken as an opportunity by rebel groups and foreign powers who became a part of battle directly or indirectly. Jihadist extremists groups like Al Qaeda and Islamic State (IS) group became involved with their own aims. Foreign powers started supplying money, weaponries and fighters to the side they were backing. Furthermore, the Kurds who want their own government but haven’t fought directly with the Assad government have added a third dimension to the war.

Government’s key supporters are Russia and Iran. Iran is said to have supplied Syrian government with Shia militiamen, mostly from Lebanon’s Hezbollah movement, Iraq, Afghanistan and Yemen. Countries like Turkey have on the other hand backed the opposition. At the start of movement, US, UK and France provided support for rebel groups. But since jihadists became the front-force of the opposition, these nations are focusing on “non-lethal” support to the movement. Saudi Arabia that is keen to counter Iran’s influence in the region is financing and supporting rebels since the start of war.

Statistics show that more than 55% of Syrians have been uprooted from their homes. People have fled the war zone to neighbouring countries and continue to live in dire situations in camps with acute need of humanitarian support.

With current situation, it doesn’t look like that war in Syria is going to end any time soon, not at least without a political intervention. The UN Security Council has called for the implementing 2012 Geneva Communiqué, that foresses a transitional governing body in Syria “formed on the basis of mutual consent”.