The Syrian Central Bank issues a new banknote, the symbol of a collapsing country

The Syrian Central Bank has announced in recent days the issue of a new 5000 lire banknote. The cut is the symbol of a collapsing country, where national reconciliation remains a mirage. And not only for political reasons, but also and above all for economic reasons. The 5000 lire banknote, ten years ago when the revolution against Bashar Al-Assad began, would have been worth $ 100, with the current exchange rate just 4. But its renewed graphics also hide a message of change, at least apparent.

The image of a soldier, in full combat gear, against the backdrop of a flag blowing in the wind: the new banknote issued a few days ago by the Syrian Central Bank would like to be a show of strength. The mirror of a country where the government army led by Bashar al Assad won the war born from the popular uprising ten years ago, when thousands of unarmed people took to the streets to ask for democracy. But it is quite the opposite.

It is enough to put the numbers together to see the real photo hidden behind that banknote. Five thousand Syrian pounds 10 years ago was a treasure: the equivalent of one hundred dollars, in a country with a low cost of living if it’s compared to neighboring Lebanon and other countries in the area. Today they are no longer anything: the exchange rate of the Syrian lira was at 47 against the dollar at the outbreak of the revolution, it is at 1,250 today: the five thousand lire banknote is therefore worth 4 dollars.

The new banknote is the daughter of an inflation that in the last twelve months has done nothing. But run and does not stop even now, because of the very heavy economic crisis that neighboring Lebanon is experiencing, closely linked to Syria, the devaluation in Turkey, and the sanctions imposed in the recent months against the Assad family and its affiliates, who control the economy. There is another detail to underline: it is the first time in decades that the image of Assad leading the country is not on the ticket, whether it is his father Hafez – president from 1971 to 2000 – or his son Bashar, al power since 2000.

In a note, the Central Bank explained that the new banknote – the largest denomination ever put into circulation so far – was created “to meet the needs of the market, facilitate cash transactions and reduce costs.” In Syria, 80 percent of the population lives below the poverty line, and part of the transactions are reduced to bartering. 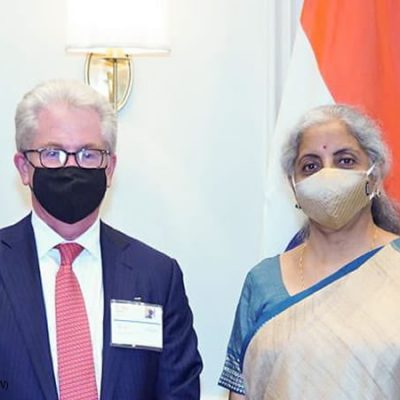