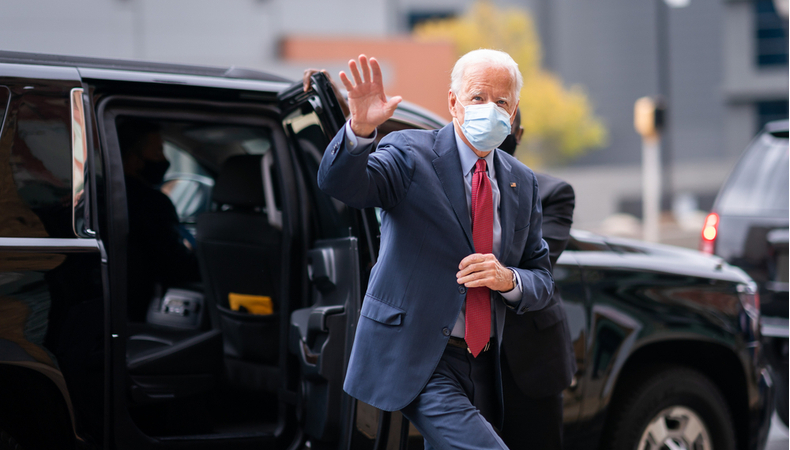 The US recognize Turkey’s genocidal past against Armenians, while Erdogan seeks to repeat it to restore the Ottoman Empire

April 24 marked the centennial of the beginning of the mass killings, deportations, and dispossession of Armenians in the Ottoman Empire in 1915, which resulted in the near-total elimination of Armenians from Anatolia. These massive human rights violations and their painful legacy left a major rift between the two societies, which has crystallized on the issue of their political and legal classification as genocide.

US President Joe Biden on Saturday recognized the Armenian genocide, a stone step in defiance of Turkey, which strongly denies the label for the 1915-1917 killings. “We remember the lives of all those who died in the Ottoman-era Armenian genocide and recommit ourselves to preventing such an atrocity from ever again occurring,” Biden said in a statement, becoming the first US president to recognize Turkey’s genocidal past against Armenians.

The mainly symbolic move, splitting away from decades of delicately calibrated communication from the White House, will likely be celebrated by the Armenian diaspora across the globe, but comes at a time when Ankara and Washington have deep policy disagreements over an infinity of issues. The American people honor all those Armenians who perished in the genocide that began 106 years ago today, Biden affirmed in a declaration.

“Over the decades, Armenian immigrants have enriched the United States in countless ways, but they have never forgotten the tragic history. We honor their story. We see that pain. We affirm the history. We do this not to cast blame but to ensure that what happened is never repeated,” he continued. The statement is a huge achievement for Armenia and its comprehensive diaspora. Commencing with Uruguay in 1965, nations including France, Germany, Canada, and Russia have acknowledged the genocide but the US statement has been a supreme goal that settled intangible under other administrators until Joe Biden.

Read more : The press in Turkey, another journalist Erdogan’s enemy sentenced to 2,500 years in prison

More than a century after the massacres, the genocide continues at Erdogan’s hands. Armenian people across Europe marched in front of the Turkish embassies on Sunday. “Erdogan, Assassin,” demonstrators chanted in Paris amid anger over the Turkish president’s vehement refusal to recognize the Ottoman Empire’s genocide of the Armenians. Three generations of families, young fathers, and teenage women covered in the Armenian flag took the streets.

Many of them brought photos of Armenian resistance heroes. Others held slogans representing Erdogan as a devil or an assassin.  “Hitlerdogan,” a banner says. One hundred years after the 1915 Armenian genocide, Erdogan wants to exterminate the Armenians to restore the glories of the Ottoman Empire as part of his plan to rebuild an Islamic State. The Turkish sultan engaged in several military missions from Syria to Libya, from Ukraine to Azerbaijan with the only aim to restore the Ottoman Empires, often talking about Turkish ancestors and other sick ideas of his propaganda. To restore the Ottoman Empire, Turkey is supporting and empowering violent jihadists in Syria, Iraq, and elsewhere. A threat to the West and the world-threatening human rights and human dignity while damaging global security.

Turkey under Erdogan’s party AKP became a regime that harshly penalizes citizens for criticizing the army, the Turkish nation, and in particular, their president and his family. The journalist Uzay Bulut upholds truth and justice for the oppressed minorities in her homeland of Turkey by defying the autocratic government on Forbes. Endangering her safety and living in self-imposed exile is the sacrifice for continuing to unearth and publish articles on Turkey’s genocidal past and ongoing human rights violations.

Turkey’s systematic violations to a fair trial and misuse of “terrorism” charges restrict freedom of speech for its citizens. Some 80 media workers await pre-trial detention or serving a “terrorism” sentence, reports The Platform for Independent Journalism (P24). With over 281,000 people in Turkish prisons, Amnesty International labelled Turkey as the world’s largest prison for journalists–ranking second after China says the Committee to Protect Journalists (CPJ).

Disappointed at NATO and the superpowers’ silence at Turkey’s continued human rights violations against its journalists, citizens, and other countries, Bulut stressed this policy of privilege towards Turkey, encourages the regime. Erdogan is also honoring perpetrators of ethnic massacres–the norm in Turkey where names of perpetrators of crimes adorn many streets, schools, squares, and airports. During the 11th century Byzantine Empire, central Asian Turks attacked historic Armenia and Islamized the predominantly Christian population throughout the centuries.

The fact that Turkish school children learn that during WWI Christian Genocide, Turks’ self-defence against criminal, violent Greeks and Armenians–is even more tragic, the Turkish journalist recalls since many Turks are descendants of Islamized Greeks, Armenians, Assyrians, Jews, and other non-Turks.  She stresses that by showing hatred against minorities, Turks are hating their ancestors. The dark tradition of violence and severe abuse against citizens and other nations continues in Turkey with the destruction of indigenous lives and exploitation of their cultural heritage.

Last October, Erdogan caused the war between Armenia and Azerbaijan in Nagorno-Karabakh intending to kill Armenians and destroy their State. It must be said that the Armenian genocide in 1915 is still a cause of the displacement of the Armenian minority worldwide. A group of Turkish people burned the flag of Turkey after the United States recognized the Armenian Genocide.

According to France 24, which covered the protests in Paris yesterday, Armenian refugees are under attack by Turkish extremist militias also in Europe, highlighting the violence roused up by Turkish ultra-nationalist militias at home in France. Sabrina Davidian, 39, carrying a banner saying ‘Turkey, get out of Armenia’, denounced how Turkey’s tentacles can reach France.

Turkey’s hate campaign against the Armenians never ended. The French channel reported that many at the Paris rally were also troubled by attacks last year in Décines, a suburb of the south-eastern city of Lyon. On October 28, as the Nagorno-Karabakh war raged, hundreds of supporters of the Turkish far-right Grey Wolves militia took to the streets of Décines, calling “Death to Armenians”.

“Where are the Armenians?” the attackers chanted, marching through the streets’ town, carrying iron bars and national flags. Armenian activists in Europe accuse Erdogan of giving them confidence. “He finances them, the Turkish embassy here is his backyard,” a demonstrator told France 24, adding that the Armenian community had begun beefing up security at schools and associations, and started using bodyguards.

These are the results of Erdogan’s insane policies. And even more incomprehensible is the silence of its international partners, NATO in the first place. After a hundred years, the Armenian genocide and the violations against minorities, including Kurds, women, and political opponents, continue as in the time of Byzantium. And whoever is silent is an accomplice of Erdogan. It is said that history is made up of courses and appeals, if no action is taken today, tomorrow the crocodile tears will be useless. This world does not need another Hitler, nor another Mohammed II, someone should explain that to Erdogan and restore truth and justice for the Turkish people, the Armenians, and to all the oppressed.

Iranian oil tanker attacked off Syria, who is behind?