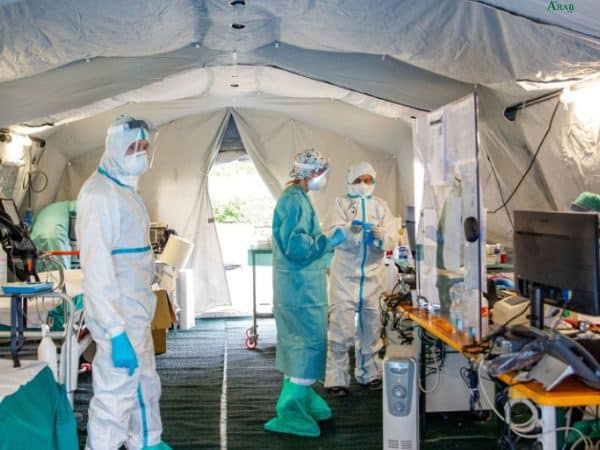 Tuberculosis Vaccine Might Act As Defense Against Corona Virus Exposure

While a Corona Virus vaccine is on its way to being developed, it wouldn’t be available anytime before end of 2021. In order to control the further spread and loss of lives, scientists are now looking at possibilities of whether a 100 year old vaccine that immunized people against tuberculosis could actually help here. According to scientists, the BSG vaccine that is administered to children at early days of birth till six months of age could be the answer to boosting the immune system to fight it against pathogens like the corona virus.

Worldwide research has helped atleast two set of vaccines to have reached the stage of human trials. Those who have been cured have developed immunity. But there is no certain way of knowing how long does first exposure immunity last. Therefore, a vaccination will have to be widely administered worldwide.

At the moment, the virus is not mutated quick enough to get transferred to any other species. However, in the US, there have been cases of some pet dogs and cats with weak immunity having contracted the virus. If that is the case, then one shot of a vaccine should give prolonged coverage. A lot of individuals in the west before November 2019 had already started taking flu vaccines.

Bacillus Calmette Guerin (BCG) is a commonly used vaccine to create lifelong immunity against Tuberculosis and in some cases, has been used to cure first stage bladder cancer as well.

A Melbourne experiment on medical workers is on way to see the effectiveness of the widely respected BCG dose which has proven to have off target benefits too.  With a go ahead from the World Health Organization, the first one to start trails will be Melbourne-Australia based Murdoch Children’s Research Institute.

The WHO has given a statement saying that it feels it is important to know whether the BCG vaccine can reduce disease in those infected with the coronavirus. With this intent, the international humanitarian body is now encouraging international groups to collaborate with a study led by Nigel Curtis, head of infectious diseases research, at the Melbourne based institute.

Under the six month trail approved by the Australian government, the trial will be carried out on two separate batches; one vaccinated against the flu and TB and the other just against the flu.  Here the second lot is going to be administered with a flu shot because BCG use leaves a visible rash on the skin, indicative of the group being marked for trial.

IRAN denies Trump's accusations and warns him about security threats

What’s happening in Libya while Europe is busy with the coronavirus?