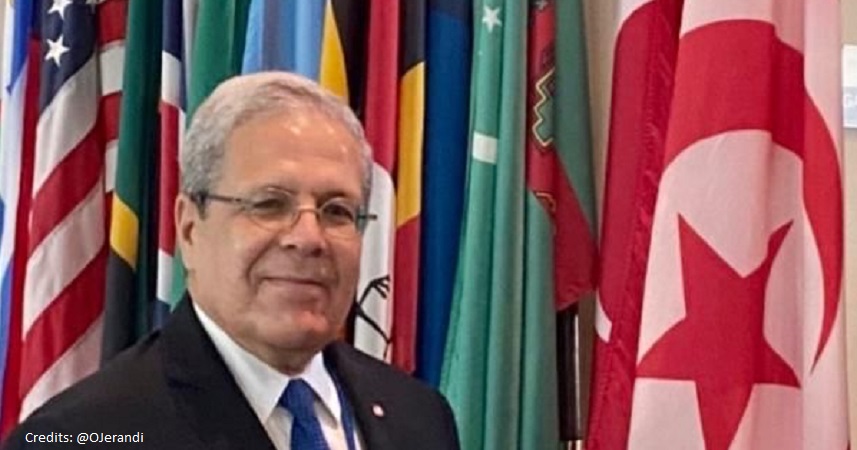 Tunisia– According to the Tunisian Foreign Minister, a suspension of the Parliament had become imperative to save Tunisia from repeatedly growing threats to the country.

The recent action by President Kais Saied was important to safeguard the shredding democratic fabric of the country. Before he took over, Othman Jerandi described the situation in Tunisia as “dangerous” and a “threat” to the country’s future.

Mr. Jerandi was addressing the UN General Assembly, at its 76th in New York. There has been repeated political infighting between rival parties and economic turmoil that had plagued Tunisia for years. Complimenting Saied’s leadership, he further said that Tunisia is suffering with a “deeply rooted political polarization, and a socioeconomic and health crisis,” saying that Saied had taken a “series of exceptional resolutions and measures based on the constitution.”

However, the masses have not been happy with Saied’s actions and had taken to the streets to protest against his moves of suspension of the parliament and no fair elections in the country. Saied has promised to maintain the sanctity of the constitution while reforming the parliament and reinstating a PM too.

Indicating its responsibilities towards its neighbours, Jerandi said that Tunisia has all the intentions to extend a helping hand to Libya. One will have to wait and watch as to how much of that is ever achieved, unless the internal strife can be put to rest.

Indeed, there is time for the storm to pass that looms over Tunisia. Further, adding on about instability in the Arab world, and the conflicts in Syria and Yemen, Jerandi said that the international community must use its weight and influence to push for compromise and bring an end to the civil wars in both countries. He also said international cooperation is needed to combat terrorism and extremism as well as illegal migration.

Khorasani’s execution a strong signal to Qatar: The Taliban will not work with ISIS

The West focuses on Kabul and forgets Lebanon