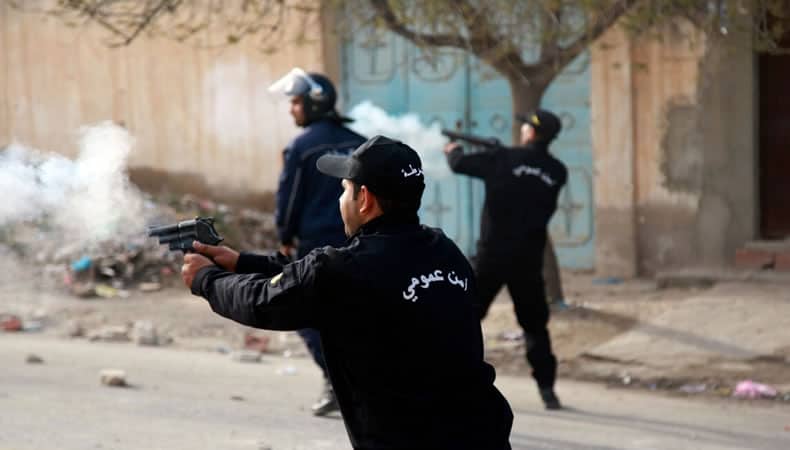 “A patrol of two National Guard officers was the victim of a knife attack in Sousse. One of them died and the other wounded, is hospitalized,” said Houcem Eddine Jebabli, spokesman for the National Guard after Sunday’s jihadist ambush in Tunisia. Security forces pursued and neutralized the attackers who had stolen the patrol car and confiscated the victims’ guns in a firefight, according to the same source.

“The police and counter-terrorism must be able to identify who is behind these people and find out if they carried out this operation individually or on behalf of an organization,” the president of the Republic Kais Saied affirmed in Sousse. Also present on the scene of the attack were the new prime minister Hichem Mechichi and the interior minister Taoufik Sharfuddin.

For now, there is a claim by Daesh via Telegram, even if the group has not given information that would confirm the paternity of the attack. Seven suspects arrested, and 43 people under interrogation, including the wife of one of those killed. Each jihadist attack brings the country back to the memory of the series of suicide bombings after the 2011 revolution.

In particular, to the bloody 2015 when the country was hit by a spiral of attacks claimed by the Islamic State: in March with the attack on the Bardo museum in Tunis which caused the death of 22 people, in June, right in the tourist resort of Sousse, with the death of 38 people – including 30 British tourists – and in November in Tunis when a terrorist blew himself up in the air on a bus carrying members of the presidential security, killing 12 soldiers.

Restored after this latest attack, the state of emergency has remained in place continuously. The security situation has improved in recent years although the insecurity linked to the jihadist threat has caused a collapse in the tourism sector, which is fundamental to the economy of the country.In 2019, a double suicide bombing targeted police officers in the center of the capital near the French embassy. Last March 6, another national security officer was killed and five others injured in a double suicide attack against the police who protect the American embassy in Tunis.

The jihadist threat remains present in the country, also due to the economic crisis and poverty in rural and mountainous areas. A profound social crisis that in recent years has favored the recruitment of numerous young people in the ranks of the Islamic State (over 3 thousand Tunisian foreign fighters in Syria and Iraq) and the other formation present in the country, the jihadist group of Al-Qaeda in the Islamic Maghreb (AQIM)

At the end of February, AQIM threatened a bloody revenge, confirming the death of one of its leaders, Abu Iyadh. He was the founder of the prominent Tunisian jihadist group close to Al-Qaeda, Ansar Al Sharia, in particular accused of having organized some suicide attacks against Tunisian security forces.

“Security units and military forces are capable of protecting the national territory and guaranteeing public safety. I do not know the intentions of those who perpetrated this terrorist act, but were unsuccessful in the past and will not succeed in the future. Their dreams will shatter against a wall called the Tunisian people and Tunisian Nation,” President Saied said, visiting the scene of the attack.