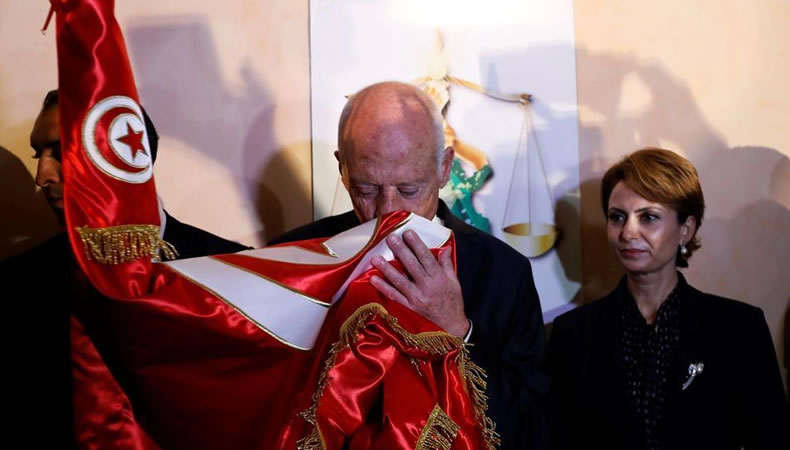 On Monday, Kais Saied, elected President of Tunisia in 2019 with about 80% of the votes, extended the suspension of the work of the Parliament that he had decided on July 25 after removing the prime minister and withdrawing legal immunity for parliamentarians. Yesterday Monday, August 23, late at night, the President of the Republic announced that the blocking of the work of the Parliament would go on “until further notice.”

The President is still looking for the most suitable figure to fill the role of Prime Minister after he fired Hicham Mechichi.

MP Mohamed Ammar said that the extension of the exceptional measures taken by the President was foreseeable given that the courts in Tunisia are closed for the so-called period of judicial leave. However, Mohamed Ammar added that the courts must resume their functions as soon as possible to examine pending cases, especially civil issues. According to Ammar, the month of September will be decisive for dealing with a large number of cases related to politicians and members of Parliament. Meanwhile, investigators are proceeding throughout the Tunisian territory on terrorist groups operating under the umbrella of political legitimacy, the Muslim Brotherhood of Ennahdha and its allies, accused of corruption, embezzlement, foreign financing, and support for terrorism.

MP Mohamed Hammar revealed that the President of the Republic would now be faced with a dilemma: cleanse the Parliament of all the deputies. But, instead, they have proceeded to protect those involved in corruption cases in different sectors or dissolve the Parliament, organize a referendum, and appoint public authorities on a provisional basis.

The director of the Arab Center for Political and Social Research and Analysis based in Geneva, Riadh Sidaoui, said, on his part, that in reality with the decision taken last July 25, Kais Saied avoided a blow of State. Indeed, Hichem Mechichi, Rached Ghannouchi, Hasna Ben Slimane, and even former Defense Minister Brahim Bartagi intended to launch a coup against the President.

Over the past decade, Ennahdha has slowly but surely infiltrated the Interior Ministry, which explains the colossal number of layoffs. Sidaoui also said that Turkey today is the only country that continues to attack Tunisia and qualify July 25 events as a coup, as Qatar has also corrected its position. In fact, Al Jazeera stopped covering politically what has been happening in Tunisia for about ten days. Likewise, the analyst felt that Tunisia should seriously examine Turkey’s real intentions in this regard. In this regard, Reuters revealed a few days ago that Tunisians intend to suspend trade agreements with Turkey, following the example of Morocco, Egypt, and other Gulf countries.

Lebanon, 1.2 million children have stopped going to school since the crisis begun