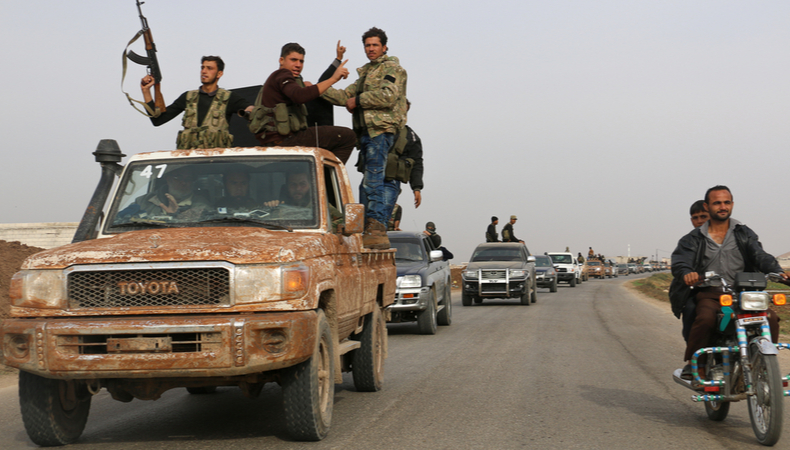 Al-Qaeda returns to threaten the United States, “the war is not ended, get out of the whole Islamic world”

Two days after the 10th anniversary of Osama bin Laden’s death, al Qaeda intervenes in Afghanistan in a rare interview by one of its leaders with CNN. “Until America is expelled from all over the Islamic world, the war is not over,” the Qaedist warned. Joe Biden announced the withdrawal of American troops from Afghanistan on September 11, 2021, a symbolic date linked to the attack on the Twin Towers: “Bin Laden is dead and al Qaeda in Afghanistan ousted. The time has come to end this war.”

The move by the new administration will put an end to a war that has so far cost trillions of dollars, over 2,300 US troops dead, 20,000 wounded, and at least 100,000 Afghan civilians killed. The US president had already admitted that it would be “difficult” to meet the May 1st deadline and wanted to postpone it for a few months to get the hitherto unsuccessful dialogue efforts between the Taliban and the government of Kabul off the ground.

Al Qaeda has announced a return to the scene after the American withdrawal, again alongside the Taliban. “Thanks to the Afghans for the protection of comrades in arms. Many of these jihadist fronts have been operating successfully for some time in different parts of the Islamic world,” the Qaedist told CNN, praising the Taliban.

If what was stated in this interview was true, namely that the two groups are in contact, the agreements with the US would be a farce. The American withdrawal was possible above all thanks to the Taliban promise, in February 2020, to close any relationship with the al Qaeda terrorists. Reached by CNN, the Taliban leaders did not comment.

While admitting a weakening since the death of Bin Laden, which allowed ISIS to appear on the international scene, “we are not dead. Silence is a strategy. We are fighting a long war on several levels”. Peter Bergen, a CNN expert on terrorism and author of several books on Bin Laden, confirmed that Al Qaeda’s response “is credible”.

By 11 September, twenty years after the Al Qaeda attack, the United States will leave Afghanistan. Joe Biden has decided the final withdrawal of the last US troops from what is now “the longest war”: it has already lasted longer than the Second World War, the Korean War, and Vietnam combined. In these twenty years, two thousand American soldiers and at least one hundred thousand Afghan civilians have lost their lives on that front.

Why Syria Might Not Win Over Second Corona Wave