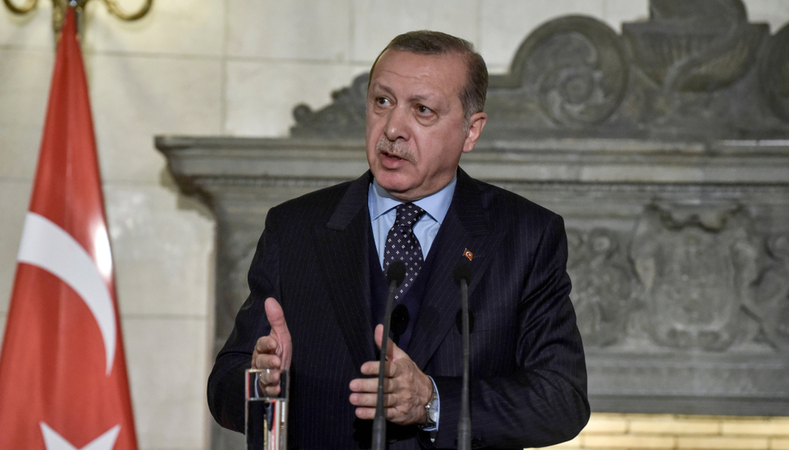 Protocol machismo, humiliation of the female guest and at the same time of the institution that leads, the European Commission, as guardian of the Treaties, and legality, perhaps judged with less regard than governments. Or perhaps as a fully EU, and not intergovernmental, body, unwelcome to those who have now seen the doors of the Union shut in their faces.

There is all this in the “sofa gate”, in the treatment that the Turkish president, Recep Tayyip Erdogan, reserved yesterday to Ursula von der Leyen during the visit to Ankara by the number one of the Eurogroup together with the chairman of the European Council, the former Belgian Prime Minister Charles Michel. The official video of the meeting says it all.

Erdogan receives the two Europeans to relaunch relations between the EU and Turkey. After passing the guard of honour and crossing the entrance of the new sumptuous presidential palace in Ankara, Erdogan welcomes guests in the richly decorated hall dedicated to the ritual photos. Too bad that there are only two chairs for the three.

After the first shots standing up, Erdogan makes Michel sit on one of the two chairs and takes a seat on the other. Von der Leyen remains standing, dumbfounded, visibly embarrassed. She emits an almost guttural “ahem” to signal her discomfort. Michel remains of salt; he does not have the readiness to react. Von der Leyen is thus made to sit on a side sofa at least three meters from the two males, in front of the Foreign Minister Mevlut Cavusoglu, whose rank in the protocol is decidedly lower than that of the president of the European Commission. The posture of which in the seat despite its impeccable elegance still signals discomfort.

Technically, it could be said that Erdogan wanted to reserve the rank of head of government for Michel since he leads the sessions of the European Council, precisely the leaders of the heads of state and government of the Union. But in no chancellery in the world would the president of the Commission – the community executive – be considered inferior. Rather. A rigid application of the protocol, the Turkish one, which hides a political signal from Erdogan.

“Von der Leyen was surprised, you can see it in the video, but she preferred to give priority to matters of substance over the protocol”, commented the spokesman of the European Commission Eric Mamer, specifying that the Commission expects to be treated according to the appropriate protocol and that contacts will be made with all the parties involved so that this situation does not happen again in the future.

The European People’s Party, the political family of Von der Leyen, attacks: “Let’s set the record straight. Someone should be ashamed of the lack of a suitable place for Ursula von der Leyen in Erdogan’s palace. The EU has signaled the open to dialogue, but we are firm on our values. Women deserve the same recognition as their male colleagues “. The head of the delegation of the Democratic Party to the European Parliament, Brando Benifei, also takes it out on the liberal Michel: “President Von der Leyen left without a chair by Erdogan should have gone, thus avenging Turkish women, whose rights are today under attack. Shameful is the attitude of Charles Michel who does not seem to have lifted a finger”.

Violence against women? Blame it on how they dress. Word of Imran Khan, Pakistani premier. The prime minister has ended up at the centre of controversy for arguing that the increase in rapes is due to the way women are dressed. The scourge of sexual violence is “a consequence in any society where vulgarity is on the rise”, he said in an interview. Hence, the advice to women to cover themselves to prevent men from falling into “temptation”: “Not everyone has the willpower to avoid it”, underlined the former cricket champion, referring to the purdah, a term that refers to modesty in dress and the segregation of the sexes.

Words that have sparked a stiff reaction online: Hundreds have signed a statement attacking Khan’s “factual, insensitive and dangerous” comments. “The blame lies solely with the rapist and the system that allows him, including a culture promoted by statements like these,” the note reads. Pakistan’s Human Rights Commission said it was “shocked” by his words, which “not only betray a staggering ignorance of where, why and how rape occurs, but also blame the rape survivors, who, like the government needs to know, they can range from small children to victims of honour crimes.”

Pakistan is a highly conservative country where victims of sexual violence are often viewed with suspicion and their complaints rarely investigated.It is regularly at the bottom of the countries for gender equality. It is not the first time that Khan slips on the topic: last year he was criticized for not having reprimanded a Muslim cleric who insistently blamed the unleashing of the coronavirus on the misdeeds of women.

Arab nations welcome restart of US aid to Palestinians