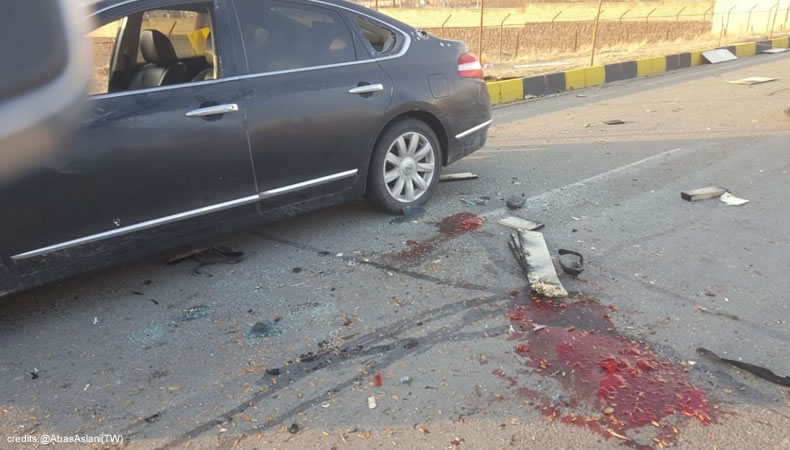 As an impulsive move to the recent assassination of its nuclear scientist Mohsen Fakhrizadeh, Iranian hardline leaders threatened to increase the Islamic Republic’s nuclear enrichment capability. Iranian Parliament, which stood visible divided over the issue among hardliners and moderate centrists, approved the move with former supporting to end international inspection of its nuclear sites, if US did not lift the sanctions.

“The parliament has sent this message to the enemies of the Islamic Iran that the one-way game is over,” said Mohammad Bagher Ghalibaf, the hardline parliament Speaker who is believed to contest for presidential elections next year. Members of parliament who supported the revolutionary scheme chanted “death to the US” and “death to Israel” as they suspect their hand in behind the killing of its nuclear mastermind.

Iranian lawmakers announced the decision along with a month’s ultimatum, giving Washington 30 days to lift its key sanctions related to Iran’s oil and banking industries, which have crippled Iranian economy. The time window for contemplation has been reduced from earlier proposed three months to one month, adding to the challenges for Biden Presidency.

The centrist government headed by President Hassan Rouhani immediately responded to the move, calling its unnecessary. Rouhani said that such a decision would do more harm to Iran than good as the country stood on the verge of reviving the 2015 nuclear deal with western powers and mending ties with the US under Biden administration.

Besides the government, Iran’s foreign ministry and the Atomic Energy Organisation of Iran together called the parliamentary decision as neither essential nor helpful. Ali Rabiei, the government spokesman, emphasised it was the Supreme National Security Council, the top security body, that held the power to take such a decision, not the parliament.

“This is not the first time that parliamentarians have expressed themselves in this way or in very similar ways,” Rafael Mariano Grossi, director general of the IAEA, said in an interview with Agence France-Presse.“We haven’t received any indication of restriction or limitation of their cooperation with us,” he said, adding “I do not see any reason to believe that this would be the case now.” “The revolutionary parliament . . . can pass any law it wishes even in nuclear issues, but it cannot implement whatever it wants,” said Hamid Aboutalebi, a former adviser to Mr Rouhani for political affairs.

As per a recent investigation conducted by UN atomic weapons watchdog, Iran has already exceeded its limits of uranium enrichment granted in the nuclear deal with world powers. Iran justified its act of bypassing the limit as a protest against U.S withdrawal from the accord and imposition of stricter sanctions by Trump administration.

As per the current deal, Iran can accumulate enriched uranium with only first-generation IR-1 machines, to operate the underground plant. But the IAEA reported that the Islamic Republic had been putting in uranium hexafluoride (UF6) gas feedstock into advanced IR-2m machines. As per the Joint Comprehensive Plan of Action, or JCPoA, which US President Donald Trump exited in May 2018, Iran could only use about 6,000 IR-1s. IAEA officials found that Tehran has been using 174 of its IR-2ms, and it has over than 1,000 of those, which is way above the limit and has achieved about 90% of the capability required for to make a nuclear bomb.

The 2015 the nuclear deal — signed by the US under Barack Obama, Germany, the UK, France, China and Russia — was brought in effect to prevent the Islamic country from making nuclear weapons. It was in May 2018, under Donald Trump that Washington exited the deal calling it ineffective and biased.