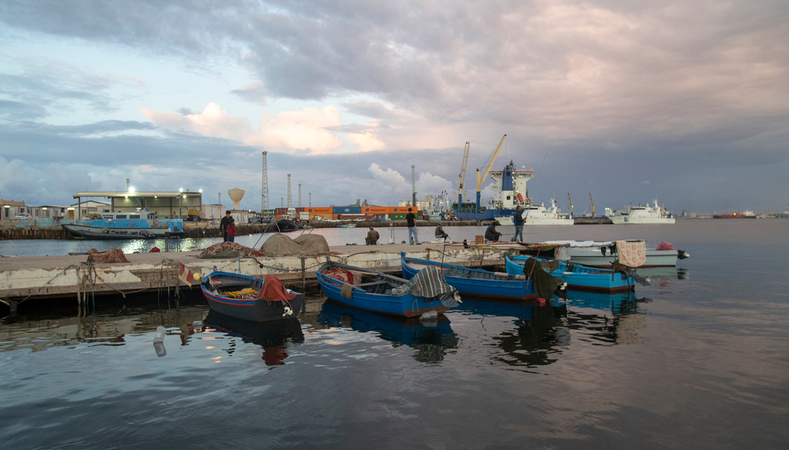 Other shipwrecks off the coast of Libya, while Italian fishing boats continue to have problems in Libyan waters

Fifty migrants, including some Egyptians, drowned off the coast of Libya following the sinking of the boat on which they were traveling.

This was announced by the Libyan Red Crescent in a statement; the tragedy would take place off the coast of the Libyan city of al-Zawiya. He reports it to the Arabiya. The spokesman of the so-called Libyan Coast Guard, Admiral Masoud Ibrahim, reached by telephone by the Ansa agency, however, stressed that he had no information regarding the shipwreck off the coast of Libya. But this is not the only tragedy at sea: 11 bodies have been recovered and 12 survivors have been brought back to Libya.

According to a tweet of the IOM, the UN agency for migration, according to which the dinghy on which they were traveling it sank. Onboard there were 24 migrants headed to Europe. Centro Astalli expressed “condolences for the victims and deep sorrow for the families who are denied even to cry and give a proper burial to their loved ones”.

Also, in the last 24 hours about 95 people “were intercepted/rescued at sea and brought back to Tripoli by the Libyan Coast Guard” as the United Nations Refugee Agency (UNHCR) writes on Twitter in Libya, specifying that “UNHCR and IRC are currently providing them with blankets, water, and medical assistance.”The voyages of hope also concern other routes: during the night, in fact, 35 migrants, including 9 women and 12 children, all Afghans landed in the Gargano with a sailboat.

The sea odyssey of the Sea Watch 4 ship, which has saved hundreds of people in various operations and which has been assigned the port of Trapani, is about to end: “We are heading towards Trapani, the safe port assigned by the Italian authorities to Sea-Watch 4. The people they have rescued are very tired but happy to know that they will soon be able to disembark. ” This is how the heads of the search and rescue ship Sea-Watch 4, which in recent days have conducted six rescue operations in the central Mediterranean, said in a tweet, arriving to host 455 shipwrecked on board. The quarantine will take place on the GNV Splendid ship.

About 10 thousand migrants arrived in Italy in 2021. The update of the Interior Ministry indicates 10,107 arrived from January 1st until this morning; these must then be added the 455s aboard the Sea-Watch 4 headed for Trapani. The figure is three times that recorded in the same period last year.On 1st May, 997 people arrived by sea on the Italian coast.Tunisians (1,412), Ivorians (1,237), and Bengalis (1,014) are the most represented nationalities. There are 1,232 minors alone.

But migrants are not the only problem in the sea-facing Libya. Yesterday, seven Italian fishing boats were threatened by the high-speed arrival of a rubber dinghy from the Cyrenaic coast, according to the Italian press report. The media report that “The Alpino” frigate of the Italian Navy intervened in the case.”

The Italian boats, which were fishing in international waters, have been made safe and are heading north, in the central Mediterranean,” announced the Rome’s Undersecretary of Defense Stefania Pucciarelli adding that Italy can no longer allow its fishing boats, which legitimately fish in international waters, to be threatened or even seized by the Libyan authorities, as happened on 1 September 2020 by a Libyan patrol boat of Haftar’s forces. “Thanks to the visit of the Italian Prime Minister Mario Draghi, which took place on 6 April in Tripoli, which strengthened the dialogue with the newly elected executive authorities of Libya, Italy today believes that the conditions are in place to work on a possible agreement with Libya to define the perimeter of international waters in front of the coasts of Cyrenaica.

How Lebanese Governor Has Been Caught Red-Handed In France

Turkey, Erdogan knocks on the doors of the Caucasus