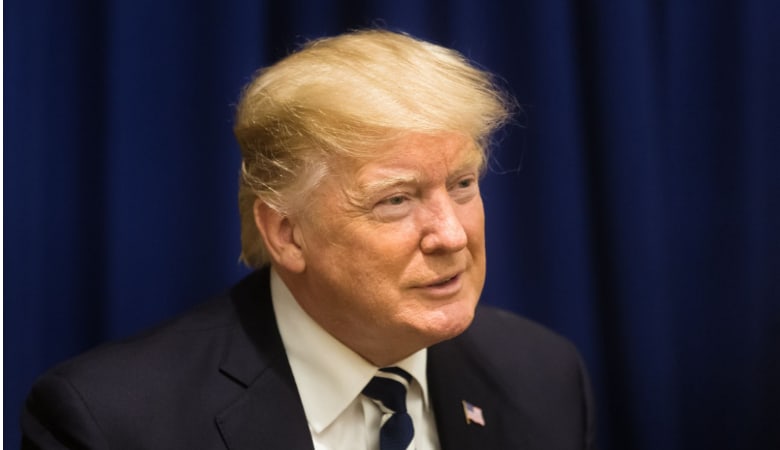 Ten years after Gaddafi’s death, the same question: is there a way to democracy in Africa?

On Wednesday, the US Deputy Secretary of State Stephen Biegun, who was on his official visit to South Korea, said that his country was keen on resuming nuclear talks with North Korea if Pyongyang was ready for it, but the latter showed no intention of returning to denuclearisation negotiations any time soon.

Biegun, who also carried out working-level negotiations with the North Korea, told media reporters, after holding meeting with South Korean leaders, “Let me absolutely be clear, we did not request a visit,” On this visit, Biegun met South Korean Foreign Minister Kang Kyung-wha before holding formal talks with Vice Foreign Minister Cho Sei-young and chief nuclear negotiator Lee Do-hoon. He added, “This visit this week is to meet with our close friends and allies, the South Koreans.”

But Biegun’s statement did leave door open for resumption of denuclearisation talks with North Korea. He said, “We look forward to continuing our work for a peaceful outcome of the Korean peninsula, I believe this is very much possible.”

On Tuesday, US president Donal Trump made a similar comment in an interview with Gray Television’s Greta Van Susteren, as reported by Voice of America. Trump said “I understand they want to meet and we would certainly do that,” and added, “I would do it if I thought it was going to be helpful.”

On being asked if Trump thought such a meeting was helpful, US President told Van Susteren, “Probably. I have a very good relationship with him, [so it] probably would be.”

Despite US optimism over Washington-Pyongyang nuclear talks, latter had been very clear and uninterested in holding such meeting. On Tuesday, Kwon Jong Gun, a North Korean foreign ministry official, in an article carried by state-run Korean Central News Agency (KCNA) said, “Explicitly speaking once again, we have no intention to sit face to face with the U.S.”

On Saturday, a senior North Korean diplomat Choe Son Hui said “we do not feel any need to sit face to face with the U.S., as it does not consider the DPRK-U.S. dialogue as nothing more than a tool for grappling its political crisis.”

North Korea accused the Trump administration of pressing political supremacy over the Democratic People’s Republic of Korea (DPRK) rather than improving relations, along with cornering and threatening the country with increased sanctions and preemptive nuclear strikes.

Last month, marking the two-year anniversary of the first summit between North Korean leader Kim Jong-un and US president Donald Trump, former questioned the need of maintaining ties with later.Kim said that there was no need to keep “holding hands” with the US.

Besides, North Korean Foreign Minister Ri Son-gwon said, “Never again will we provide the U.S. chief executive with another package to be used for achievements without receiving any returns. Nothing is more hypocritical than an empty promise.” The foreign minister added that his country would instead “build up more reliable force to cope with the long-term military threats from the US”. According to some political analyst, North Korea would not consider the option of holding rn African way to democracy?

Following the colonial era’s end, fragile democracies emerged that often did not confront the impact of the foreign interest: on the one hand, corruption, greed, and the lure of power, on the other, continually deliberately kept in hunger and inexperience have paved the way for unmerciful regimes.

And today, often, even where people vote regularly, elections are not so regular but managed in such a way as to preserve those who had risen to power. Muammar Gaddafi was born as a revolutionary leader and died badly as a tyrant. Many African academics are querying which form of public affairs administration is best suited to their countries, history, and culture, which for centuries has often coupled with the presence of a “leader.”

Whether it was the village chief or the king of a tribe – in whose hands concentrate not only power but also moral and perhaps religious authority, the modern idea of ​​a president is grafted onto this cultural foundation. It is often cleverly exploited by those who sit on the highest seat and do not want to leave it anymore. Then, the constitutions are changed, dissent repressed, meanwhile, showing themselves as the saviours of the homeland.

Sometimes, it is possible to downsize these drifts, but often at the cost of a lot of blood. So, is democracy still possible in the African Continent? Centuries of exploitation, slavery, systematic property expropriation and the killing of thinkers produced a wasteland from which it is still challenging to fly. Fortunately, some examples contrast the trend, but they are too few to make even those who do not play dictators seem great officials.

The far-sighted and inspired rulers of postcolonialism are a remote reminiscence. There is not even the shadow of Thomas Sankara and Nelson Mandela. But, after all, this concerns the whole globe. We can hope for honest heads of state. But accurate leaders, wise minds, and politicians who think about collective welfare, going beyond their interest or the next electoral campaign, have not been seen for a long time. And not just in Africa.

Raven Ruma is a professional journalist with a keen eye on domestic and foreign situations. His favorite pastime is to keep the public informed about the current situation through his pen and he is fulfilling this responsibility through the platform of Arab News.

Kim Jong-un shows little interest in maintaining relations with US