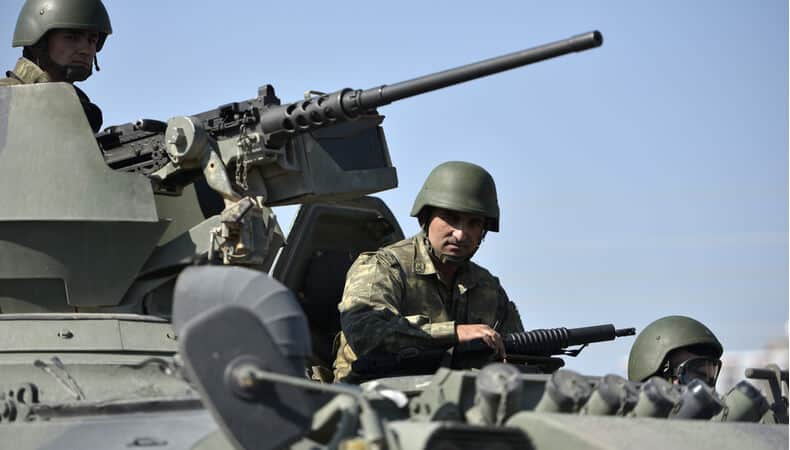 Turkey first spoiler of the peace in Libya

The Joint Military Dialogue Committee (JMC 5 + 5), which brought together five senior officers of the Libyan National Army (LNA) and five from the Government of National Accord (GNA) affiliated army in Geneva, announced an agreement last week on a permanent ceasefire across Libya. The agreement provides, explained the United Nations Support Mission in Libya, the immediate withdrawal of all foreign forces by land, sea, air, from Libyan territory, including advisors to foreign governments and the interruption of any activity of military training up to the establishment of a new government.

The Libyans have expressed the need not to submit their sovereignty and resources to any foreign government and have given external actors three months to withdraw their mercenaries and troops. A recommendation directed particularly to Turkey, Russia, and Italy, currently present with their contingents in the North African country. The agreement paved the way for subsequent traces of Libyan dialogue, both political and economic.

Seventy-five representatives selected by the High Council of State, the House of Representatives and the UN Mission, began their consultations via video conference yesterday. The negotiations will end with a face-to-face meeting hosted by Tunisia to approve a new executive capable of serve the interests of all Libyans. Russia and Turkey have built military bases and sent thousands of mercenaries to Libya in support of this or that faction.

They did so by claiming that they acted at the request of the Libyan parties, the same ones who today asked for their departure. If Russia has always denied the presence of its forces in Libya, Turkey, along with Qatar, has reached military cooperation and training agreements, making no secret of its troops in Tripoli and Misrata.

Over 10 thousand Syrian mercenaries have been transferred from Turkey to Libya since the beginning of 2020. And the Ankara Ministry of Defense has announced that the agreement between the Libyan parties does not concern their advisors, indicating his determination to carry on his military activities in the country, based on the agreements signed in Ankara by Erdogan and Fayez al-Serraj.

Touching on the cease-fire agreement signed under the leadership of the UN Support Mission in Libya (UNSMIL) between delegations representing the Libyan government and Khalifa Haftar, the leader of illegitimate forces in the east of the country, Libyan Defense Minister Salaheddin al-Namroush said, “the signing of the initial agreement does not include the military cooperation agreement with the state of Turkey, an ally of the legitimate government.”

“We affirm the strengthening of cooperation with our Turkish ally and the continuation of the training programs that have been received and will be received by affiliates at the training institutes of the Ministry of Defense of the Government of National Accord.” The Turkish Defense Ministry added, indicating that Turkey’s military training support to Libyan army members is ongoing under the framework of the Military Training, Cooperation and Consultation Agreement between the two countries.

Erdogan immediately criticized the agreement of the 5 + 5 group in Geneva, defining it as unattainable and reached between non-high-level officials. Erdogan’s refusal to withdraw his men poses a threat to the path of peace that the Libyans aspire to. It risks destroying once again the efforts made by the Libyan parties and by all international actors in the context of the Berlin process, as well as the already fragile United Nations action plan.