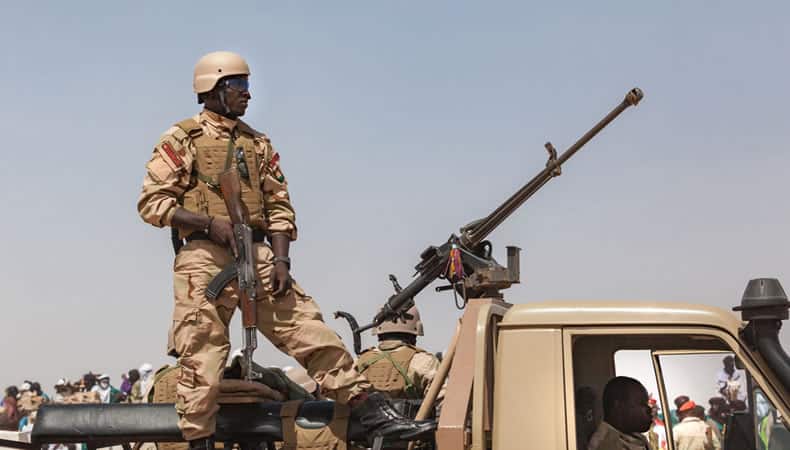 Libya has a permanent ceasefire

The Libyan parties have reached a permanent ceasefire agreement across Libya. This result represents an important turning point towards peace and stability in Libya, the United Nations Support Mission in Libya (UNSMIL) announced yesterday in a statement. The signing ceremony of the agreement, held in the hall of the Palais des Nations in Geneva, used for the periodic meetings of the Conference on Disarmament, lasted about ten minutes and was greeted with warm applause.

“Today is a good day for the Libyan people,” added Stephanie Williams, acting special representative and head of UNSMIL. The rival parties – represented by five senior officers from the Libyan National Army (LNA) and five from the Army affiliated with the Government of National Accord (GNA) – agreed that all military units and armed groups on the front line must return to their camps, continued Williams. “That will be accompanied by the departure of all foreign mercenaries and all fighters from Libyan territory, by land, air, and sea, within a maximum period of three months from today,” she added. The agreement for a permanent ceasefire is the result of five days of negotiations in Geneva by the Joint Military Committee (JMC 5 + 5).

The agreement emphasizes the unity of Libyan territories and the protection of its borders. It affirms the willingness of the parties to refrain from submitting the national decision and the country resources to any foreign power. The Joint Committee 5+5 agreed that the fight against terrorism is a national policy, to which all the political and security institutions of the state contribute. The need to respect human rights and the rules of international humanitarian law, underlining that the terms of the agreement include all Libyan territory by land, sea, and air.

“The road has been long and difficult at times. But your patriotism made you go ahead and reach a ceasefire agreement”. Williams said, congratulating the two delegations. “I hope that this agreement will help to end the suffering of the Libyan people, and we hope that it will allow internally displaced persons and refugees, inside and outside the country, to return to their homes and live in peace and security.” She added.

The agreement for a permanent ceasefire has immediate effect. In addition to the disengagement of the lines of contact and the withdrawal of mercenaries on both sides, it also provides for the departure of the training teams until the new unified government takes over its duties. The formation of a joint security room to ensure the safety of areas evacuated by military units and armed groups.

The opening of roads and land crossings throughout Libya, provided that urgent measures are taken to secure the following roads: the coastal road Benghazi – Sirte – Misurata – Tripoli, Misurata – Abu Qurain – Al Jufra – Sabha – Ghat, Gharyan – Shwerf – Sabha – Murzuq. The Military Committee agreed to instruct the Commander of the Oil Facility Guard in the Western Region, the Eastern Region and the Representative of the National Oil Corporation (NOC) to communicate and present to the delegations a proposal on the restructuring and organization of the Oil Facility Guard to ensure the continuous flow of oil. It also agreed to stop arrest for identity or political affiliation, as well as take urgent measures to exchange prisoners between the two sides.

The Italian Ministry of Foreign Affairs welcomed the agreement calling it “a turning point of crucial importance for the stability of Libya”. Peter Stano, spokesman for the head of European diplomacy Josep Borrell, said the European Union welcomed the announcement of the ceasefire. “This is good news, but its implementation is also important, because it will be the key to the resumption of political negotiations,” he said.

German Foreign Minister Heiko Maas, for months committed to seeking a peaceful solution to the Libyan crisis with the Berlin Process, called the agreement “a good basis for the next development of a political solution”, which will be hosted by Tunisia the first week of November. Out of the chorus, the Turkish president, Recep Tayyip Erdogan, who questioned the feasibility of the ceasefire between the warring parties. “Today’s ceasefire agreement has not been reached at the highest level, but at the lower one,” he commented. Erdogan militarily supports the GNA and has transferred almost 10 thousand Syrian fighters to Libya since the end of 2020. “To me, this agreement seems to lack credibility,” the Turkish president underlined.

The United States urged actors in Libya, both internal and external, to support “in good faith” the implementation of the ceasefire agreement, noting that the agreement paves the way for further progress in the Libyan political dialogue that will start next week via videoconference before the face to face meeting in Tunis. The United States “warmly welcomed” the permanent ceasefire in Libya, adding that the agreement represents an important step towards achieving the common interests of all Libyans in reducing the escalation, stability and departure of foreign fighters.

No official comment for the moment from Russia, repeatedly accused of militarily supporting Haftar’s LNA. The Kremlin has always denied the accusations of moving Wagner Group mercenaries into Libya, although civilians continually report their presence in Sirte and near al-Jufra. In particular, residents continue to complain about the closure of the coastal road linking Sirte to Misrata and Tripoli, while Tuareg nomads moving in the Sahara, describe desert roads as off-limits. Also, suggesting that some people have disappeared while trying to cross this area.

Numerous reports have also revealed the presence of “Syrian special forces” loyal to Bashar al-Assad alongside Russian officers and Khalifa Haftar’s LNA. If the Libyans have reached a global agreement on a military level, it is now up to Russia and Turkey to withdraw their advisors and mercenaries.If these forces have arrived in the North African country at the request of the Libyan parties, the same today are asking their departure for a future of peace.

US Embassy in Turkey warns of Terrorist Attacks on US Citizens