After France, Libyan new presidency council to heads to Turkey

On late Thursday, Turkish presidential office issued a statement that Libya’s new presidency council including Mohammad Younes Menfi, the new head of the council, and the council member, Abdullah al-Lafi, would be visiting the country on Friday. It would mark the council’s first official visit to Ankara, which came weeks after the Libyan new unity government took over the office i.e. on March 15.

The key agenda of the meeting was said to rebuild ties with Turkey and expand cooperation on various international and regional issues. Ahead of the Libyan leaders’ visit, the country newly appointed Prime Minister Abdul hamid Dbeibeh said that the economic deals struck between Turkey and the former UN-recognised GNA would remain intact.

Earlier this week, the council visited France to re-establish ties with the European nation. French President Emmanuel Macron as a part of the welcome gesture extended towards new Libyan government announced re-opening of embassy in Tripoli, next week. France had shut down its embassy in the conflict-riddled country about six years ago, after Libya descended into civil war in 2014.

Libya has been a victim to frequent conflicts and civil wars, challenging its stability since the downfall of its despotic leaders Muammar Gaddafi, sparked by a Nato-backed uprising in 2011. The country’s political vacuum and chaos made for a perfect breeding ground for different political factions along with terror groups including Daesh.

The North African nation is currently undergoing a significant political transition with the setting up of a unity government, led by Libya’s new interim prime minister Dbeibah. Dbeibah was officially sworn in as the country’s interim premier on 15 March. After a decade of conflict and wars, the warn-torn nation finally adopted a peace path with UN intervention. The October accord brought together rival administrations, including UN-backed GNA leader and outgoing Prime Minister Fayez al-Sarraj and LNA leader and warlord Khalifa Haftar.

The key goal of the unity government is believed to bring in some stability and prepare the nation for its first democratic elections in years, scheduled for 24 December 2021. With regard to Libya’s new political phase, GNA’s al-Sarraj said he was “fully ready to hand over” power, while Haftar last month offered “the support of the armed forces for the peace process”.

An act of sabotage sets off a fire at an oil station in Saudi Arabia, Riyadh confirms

Rare move by UN: calls for… 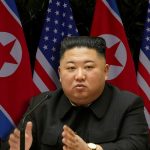 North Korea Is The Next Big…

New raids in Syria, a hospital…

North Korea Is The Next Big Nuclear Threat To The World

New raids in Syria, a hospital in Afrin bombed: at least 18 dead