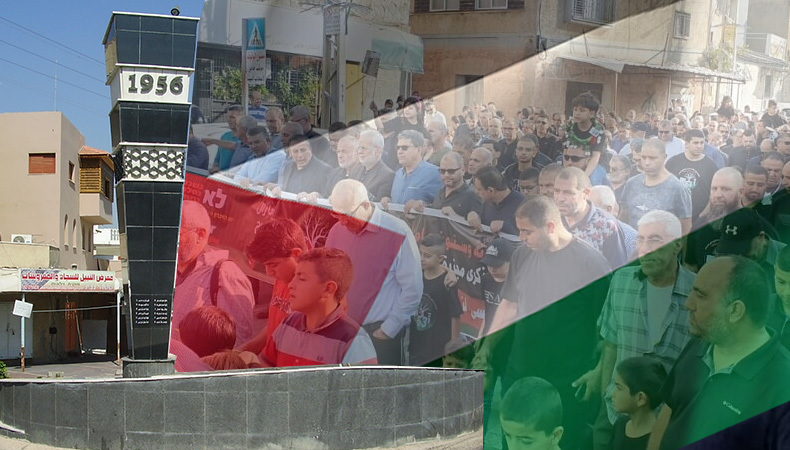 Israel–‘It is desirable that there maybe a number of fatalities’- was a statement that an Israeli Commander made while advising his troops to move ahead in the controversial and heinous human right violation Kafr Qasem massacre. Declassified documents now show that indeed there has been human rights violations and that people who were unarmed were purposefully harmed to drive Palestinians out of their homes, and out of Israel.

Systematic apartheid has been ongoing in Israel. According to the trial transcripts of Chaim Levy, who commanded the Israeli army in Kafr Qasem, the troops knew their victims were unarmed civilians who had not been informed about the curfew. It has been recorded that some fifty Palestinian civilians, including children, elderly residents and a pregnant woman, were killed by Israeli troops as they returned home from work. They had no knowledge the village had been placed under curfew.

It has taken 66 years for the truth to be revealed. The massacre that happened in 1956 went into trial soon. But the Israeli government for decades together, refused to release transcripts of the court proceedings, saying they jeopardised national security.

After the transcripts have been made public, it has been ascertained that wrongdoing was at hand, and the main aim of this was to the intention of the curfew was to intimidate the Palestinians. The release of the report was welcomed by Palestinian and Israeli lawmakers.

On October 16, 1958, the court issued various prison sentences against the soldiers involved ranging between 17 years to nine years in prison. The chief of staff then reduced some of the sentences, and later a committee for the release of prisoners ordered a reduction of one-third of the term of each of the convicts. Thus, the last of them was released in early 1960.

Shadmi was brought to trial alone in early 1959, and his punishment was simple reprimand and a fine of one Israeli piaster. Since then, the Israeli government has imposed a complete blackout on the protocols, and prevented their opening, claiming they contain “sensitive information that jeopardize state security.”

A judge orders seizure of cargo ship docked in Lebanon