Wednesday morning marked a changed status for Hong Kong’s residents as China imposed the sweeping National Security Law starting midnight. July 1 marks the 23rd anniversary of country’s handover to China by the British rule. Late night on June 30 the Chinese government stripped off the autonomous status of Hong Kong, along with its civil and social freedom, bringing it under direct jurisdiction of Beijing.

The new National Security Law, which is being popularly called “Anti-protests law”, gives an upper hand to Chinese government broadening its authoritative power to “investigate, prosecute and punish dissenters”. The law basically puts a criminal tag on basic rights that were enjoyed by Hong Kong residents, unlike those of Chinese mainland – succession, subversion, and collusion with foreign powers. People being convicted for these crimes are up for life term in prisons.

Hong Kong city’s leader Carrie Lam refused to comment anything on the law on Tuesday’s weekly press conference. Hours later she was seen defending it in a virtual speech to the United Nations’ Human Rights Council in Geneva saying that the country’s stability and status would be restored. This clearly indicates how the Hong Kong’s administration has been completely put out of loop regarding proceedings of the security law. Last week Carrie Lam had said that the legislation would be “in line with rule of law” and the “rights and freedoms which are applicable in Hong Kong.”

Many prominent political parties have already disbanded with prominent leaders fearing prosecution under the new law on grounds of subversion. Joshua Wong, co-founder of political party Demosisto, announced his exit from party. Many other party leaders soon followed the suit.

Political discussions and protests regarding policies are set to be prohibited under the new law – a similarity of what is the norm in Chinese mainland. Wong along with other prominent leaders like Agnes Chow, who too is leaving the party, have been the stars of international lobbying against Beijing over Hong Kong. They are likely to be under radar and prosecuted under the new law with being accused of “colluding with foreign forces”.

First arrest as the new law comes in effect – marks the start of feared future:

Two people have been arrested in Hong Kong as the National Security Law by Beijing comes into effect. They were arrested on account of protesting against the new law, which is now illegal, with one of them carrying a pro-independence flag.

The law marks and end to freedom granted according to the agreement when Hong Kong was handed over by the British Rule to China 23 years back on July 1. According to the agreement between UK and China it was determined that these freedoms would be protected for at least 50 years.The new law imposed by China has ripped off the freedom granted to Hong Kong which brings grim shadow on a future of development and progress in country. 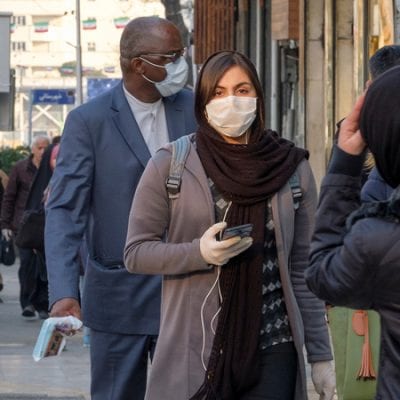