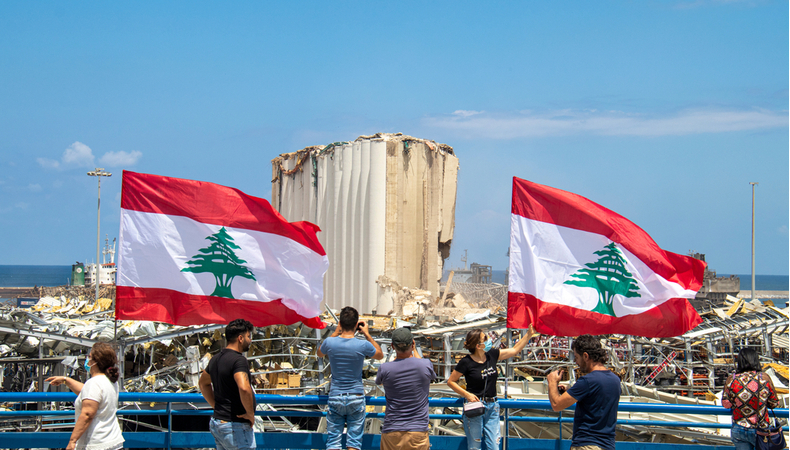 The United Nations Special Tribunal for Lebanon sentenced Salim Ayyash, a Hezbollah militant, to five life sentences, found guilty of the attack that killed former Lebanese Prime Minister Rafik Hariri and 21 others in Beirut 15 years ago. Ayyash, 57, is a fugitive and was tried by the UN Tribunal in absentia.

Hezbollah leader Hassan Nasrallah has always refused to hand over Ayyash and the other three defendants of the Shia movement: Ayyash Assad Sabra, Hussein Oneissi, and Hassan Habib Merhi. These three were ultimately acquitted for lack of evidence. During the trial, prosecutors had requested life imprisonment, stressing that it is “the only fair and proportionate sentence” for Ayyash, given that it is “the most serious terrorist attack on Lebanese soil.”

Hariri was assassinated in February 2005 when a suicide bomber blew up a van full of explosives as his convoy passed along the Beirut waterfront. In addition to the people killed, 226 others resulted as injured in the blast. The United Nations Security Council established the Special Tribunal for Lebanon in 2007.Lebanon has never found peace since then.Ensuring those responsible for deadly crimes is essential to restore the small country to stability. The justice process is the foundation for state-building after years of civil conflict. The condemnation of the Hezbollah terrorist goes in this sense, but there are still many crimes that cannot go unpunished.

Recently, the capital Beirut was overwhelmed by a frightening explosion that has definitively changed its connotations. For the first time since the devastating blast of the port of Beirut on 4 August, the Beirut prosecutor formally accused the outgoing premier Hassan Diab and three former ministers of “negligence” for what for now remains an “accident” for the investigators, costing the life of 200 people.

These are the first formal charges issued by the investigating bodies against high-level Lebanese institutional representatives after four months of the double explosion, caused by 2,700 tons of ammonium nitrate contained in a hangar in the port of Beirut for years. Lebanese judge FadiSawan has included in the list of people accused of negligence, misconduct, and causing deaths also the former finance minister, Ali Hassan al Khalil, and the two former public works ministers Yusuf Fenianos and Ghazi Zuayter.

Let everything change because nothing really changes. There is no country in the world where the idea behind Giuseppe Tomasi di Lampedusa’s Gattoparto resonates better than in Lebanon today. Exactly one year after the protests that led to his resignation, when the square had asked that he leave his post, Saad Hariri returned last October to being Prime Minister.President Michel Aoun has entrusted the Sunni leader with the task of forming the new executive. That was almost automatic, given that Hariri himself had been repeating for weeks that he would accept the challenge only if sure of winning it: 65 of the 120 members of Parliament guaranteed their support.

His appointment marked a hard defeat for the street movement that shook the country a year ago, calling for the renewal of a corrupt political class that plunged Lebanon into the worst economic crisis in its history. Hariri, who is one of the faces of the leaders the square wanted to oust, returns to the head of a nation on its knees: his successor, Hassan Diab, resigned after the explosion that devastated the port of Beirut on 4 August and the heart of the city, killing nearly 200 people and injuring 6,000. And with a dramatic economic situation: Lebanon declared default in March, 50% of the population lives below the poverty line.