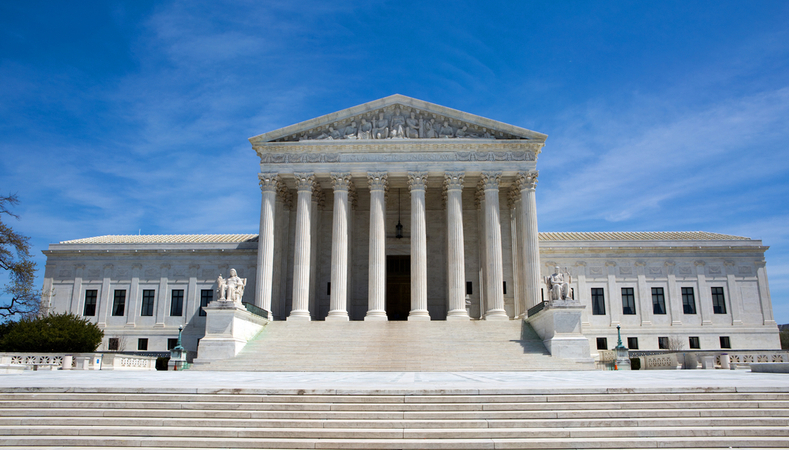 In a major setback for US President Donald Trump, the Supreme Court on Friday rejected a baseless lawsuit filed by Texas’ attorney general seeking to overturn the result of the 2020 presidential elections. Backed by President Trump, Texas’ bid sought to block the ballots of millions of voters in the four states where President-elect Joe Biden won, including Wisconsin, Pennsylvania, Michigan and Georgia.

The Supreme Court issued a brief order unanimously rejecting the bid, with no public dissents. Evidently, it dismissed Trump’s desperate efforts to subvert the election results and the choice of millions of Americans in the court. A staunch supporter of Trump, Texas Attorney General Ken Paxton sought to invalidate the election results of these four battleground states where the President lost. He also asked the court to extend the deadline for election certification in a bid to investigate the alleged irregularities in November voting.

As per reports, the Electoral College is scheduled to convene on Monday to declare President-elect Biden’s victory over Trump. In its short order, the court said: “Texas has not demonstrated a judicially cognizable interest in the manner in which another State conducts its elections. All other pending motions are dismissed as moot.” Responding to the development, Donald Trump tweeted: “The Supreme Court really let us down. No Wisdom, No Courage!” Besides Trump, the suit was backed by 17 other state attorneys general and over 100 Republicans in the House of

Representatives. While Texas alleged that the results in the four swing states were “unconstitutional”, it provided no proof of fraud. Mocking Texas’ suit as a publicity stunt, more than 20 attorneys from various states have filed a brief in the court appealing them to reject the case. However, Ken Paxton has vowed to continue to defend Donald Trump. Pennsylvania’s attorney general Josh Shapiro welcoming the order, stating that the swift denial by the court should make those thinking about attacking the electoral process think twice.

Trump has faced a number of setbacks in recent weeks after both federal and state courts have dismissed numerous appeals and lawsuits filed by his campaign and supporters challenging the presidential election results and Biden’s victory in various states. As per election law experts, such lawsuit attempts will not last, noting that there has been no evidence of widespread fraud. Meanwhile, President-elect Joe Biden has been working on the process of selecting his Cabinet members and other senior staff in his incoming administration.