On Saturday, the outgoing US Secretary of State is scheduled to visit Qatar, in order to meet negotiators of both the Afghan government and Taliban, separately.

Pompeo’s Doha meeting, was part of Trump administrations’ ramped up efforts to push for the withdrawal of US forces from Afghanistan, as it committed in February, in exchange for peace talks between Afghan government and the militant group. Doha hosts the talks as it is Taliban’s official base for holding diplomatic meetings. Besides, Pompeo would also meet Qatari Emir, Sheikh Tamim bin Hamad Al-Thani, and the country’s foreign minister during his current visit to Doha.

Donald Trump, who would soon be replaced by US president-elect, Joe Biden, has been fastening the withdrawal process of US troops from Afghanistan. On Tuesday, the US military announced that as committed by Trump administration, 2000 American soldiers would exit Afghan soil by January 15, leaving behind just 2,500 troops in the country. The initiative was part of Trump campaign, wherein he pledged to end “foreign wars”, of America including the one in Afghanistan.

US invasion of Afghanistan began over a decade ago after the September 11, 2001 attacks, to counter extremist activities in the country. Biden, in a rare move, agreed with Trump administration to bring down the US troop number stationed in Afghanistan, though analysts believed that he might not hush the process of withdrawal. Biden would be formally sworn as US President on January 20.

The recent announcement of quick withdrawal by US military was welcomed by Taliban leaders, whereas NATO allies considered it a hasty move, as it according to them would further hamper the peace process between the warring sides in Kabul. Analyst believed that US exit would create a power vacuum, which would be filled by more influential or stronger forces.

Besides, it was not the right time to exit as it leaves Afghan government in a more vulnerable spot and Taliban in a stronger position on the negotiation table. Also, many believed that China could be increasing its influence in Afghanistan & could even build military bases, which was part of the China-Pakistan plan to control South Asia once the US departs.

The US brokered peace deal, between Afghan government and Taliban has surmounted various hiccups, causing delay in the agreement, but the two are still stuck over two contested points. The Taliban has been pushing for adopting of the Hanafi school of Sunni Islamic jurisprudence, but government negotiators said that it would be against the interest of Hazaras, who are predominantly Shiite, and other minorities. Besides, the other issue of contention has been lack of clarity about how the US-Taliban deal would shape a future Afghan peace deal and how would it be enforced.

Why Is The Equal Distribution Model Important For Covid-19 Vaccine? 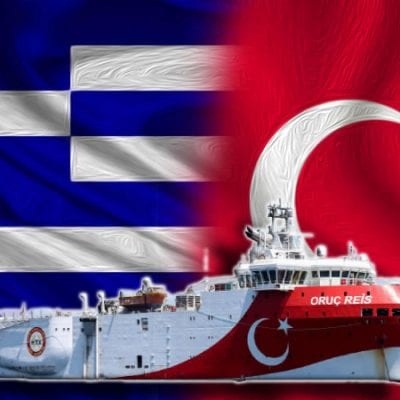